Poultry production has become an intricate part of many countries' economic activity. In commercial or large-scale intensive production, poultry rearing is exposed to numerous stressful conditions and diseases that cause serious economic losses.

Presently, prevention measures using antimicrobial agents have been questioned due to the evolution of antimicrobial resistance among pathogenic bacteria.

Consequently, probiotics are being considered as the best option to fill the missing link and are already used by some farmers in preference to antibiotics. 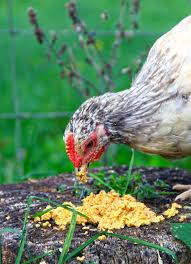 Fermented feed is a source of Probiotics

If you wish to maximize profit and increase production, I advise you to start using probiotics. Its benefit cannot be overstressed.

Before we go further, let us differentiate probiotics from prebiotics and postbiotics.

Also, read: How Do You Use Garlic For Chickens For Better Performance

What  Are Probiotics, Prebiotics and Postbiotics?

Probiotic was derived from the Greek word, meaning ‘for life, and in contrast to an antibiotic, probiotics are defined as “substances secreted by a microorganism that stimulates the growth of another”.

Later in 1989, the definition was modified by Fuller as “ live microbial culture which beneficially affects the host by improving its intestinal microbial balance”.

In general, probiotics help us digest food and absorb nutrients, and boost our immune systems while keeping us healthy. Probiotics also help maintain the natural health status of our chickens, pets, and other livestock.

What is Prebiotics in Poultry?

Prebiotics is a non-digestible food ingredient that promotes the growth of beneficial microorganisms (probiotics) in the intestines. In another world, prebiotic is the “fuel” that powers the activities of the probiotics.

Prebiotics are the most fibrous plant substances that aid in feeding the beneficial bacteria in the intestines. You can find these fibers in many whole grains, vegetables, fruits, and herbs.

Postbiotics are waste or byproducts of the fermentation process carried out in the intestine. Thus, probiotics feds on prebiotics to produce postbiotics.

They are basically the “waste” products of the probiotics with some essential health benefits that help in maintaining the gut integrity of your chickens. 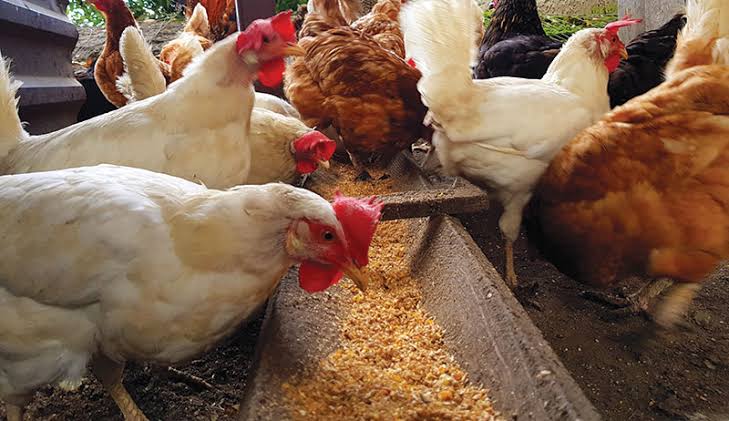 Why Give Your Poultry birds Probiotics?

Chickens, like we humans, are healthiest when their digestive tract is filled with the right species of bacteria for proper feed absorption and for boosting their immunity against pathogens.

Again, if you are feeding your birds non-organic feed, the pesticides that remain on the feed can cause the beneficial bacteria to die, leaving them susceptible to the growth of harmful bacteria that can cause diarrhea and other problems.

Furthermore, changing of chicken feed may also affect the gut integrity of the chicken, because these beneficial bacteria are substrate-specific.

In order words, it may take some time for the chicken gut to build up beneficial bacteria for the news feed. Within this time of build-up, opportunistic bacteria might invade the gut causing health challenges.

Therefore, it is pertinent you avoid changing of feed regularly and stick to a particular brand, or you give your chicken probiotics that could restore the beneficial bacteria.

You can also give your chickens probiotics during stressful periods like in extreme temperatures,  and after transportation,  to help boost their immune system against any opportunistic diseases.

How to Know when Your Chickens Need Probiotics

If you notice that your chickens are having diarrhea or the feathers around their vents are coated with feces, a good dose of probiotics might be just what they need to get guts back on track.

Here are some conditions that indicate your chickens might need probiotics

Without a doubt, probiotics are a great addition to your birds’ feed and water- should you give chickens probiotics is not a question you should stress yourself over, its benefit cannot be overstressed as you will see at the end of this article. 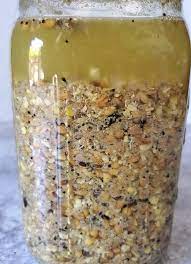 It is important to note that probiotics for chickens are not intended for treatment for disease or parasites. Look for signs of parasites on their droppings on a regular basis to prevent an infection outbreak.

What Probiotics Can I Give My Chickens?

There are numerous different beneficial bacteria that normally inhabit the chicken’s digestive tract and some of the species are different from that of humans’. However, there are quite a few species that we share in common.

What is a good probiotic for chickens?

The success of good probiotics depends upon the survival and stability of the probiotics, the strain, the age, host specificity of the strain, dose rate, physiological and nutritional status of the bird genetic make-up of the host. (Chichlowski  et al, 2007)

In contrast to the crop, proventriculus, and gizzard, the small intestine contains a large number of facultative anaerobes such as Lactobacillus, Streptococci, anaerobes like Bacteroides and Bifidobacterium species.

Also, read:  10 ways to sell and market your broiler chickens fast that are proven to work

Lactobacillus, Bifidobacterium, Enterococcus are among the most commonly used Genera of probiotic microorganisms in human nutrition. Whereas yeast especially Saccharomyces cerevisiae plays a major role in ruminants; while Bacillus, Enterococcus, and Lactobacillus are more likely to be efficient in pigs and poultry. (Bernardeau, 2013)

Some of the important strains of microorganisms considered as probiotics are listed in the table below;

Yogurt is a good source of beneficial bacteria

Application of Probiotics In Poultry Production

Probiotic over the years has helped to improve poultry performance in general. It has been reported to increase feed efficiency and productivity of laying hens with an improvement in egg quality by decreased yolk cholesterol level, improved shell thickness, and egg weight.

Probiotics have a great role in the stimulation of protective immune response and help to suppress the growth of potential gut pathogens in poultry.

Intestinal colonization with probiotic Lactobacillus strains has been demonstrated to have a preventive function against Salmonella enteric serovar enteritidis infection in chicken. (Hardy et al, 2013)

According to Kabir et al, the dynamics of productions related to immune response demonstrated that antibody production was elevated in broilers after being fed with probiotics containing Lactobacillus.

Lactobacillus-based probiotics administration was observed to improve heat-stress-related problems in broilers which are accompanied by improved antibody production as compared to control.

The role of probiotics as dietary supplementation and growth performance has been extensively investigated in poultry production. Most studies indicated that probiotics have shown great efficacy in promoting animal growth.

Lactobacillus inclusion in broilers nutrition also resulted in a higher broiler productivity index, which is measured based on daily weight gain, feed efficiency, and mortality. 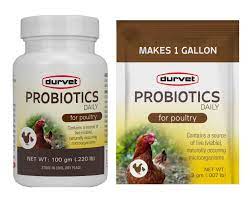 Probiotics supplementation improves the meat quality in broilers which is recognized all over the world.

Also, read: 10 Reasons your Chickens Are Not Laying Eggs And How to Fix It.

How to make Homemade Probiotics for Chickens

One of the least expensive ways to make your homemade probiotics for chickens is by making apple cider vinegar from scratch. You can also make fruit scraps if you don’t have a lot of apples.

Ensure you use a non-reactive container, a little apple cider vinegar as a starter, and plenty of fruit.

Procedures on how to ferment apple cider vinegar as a healthy probiotic for your chickens: 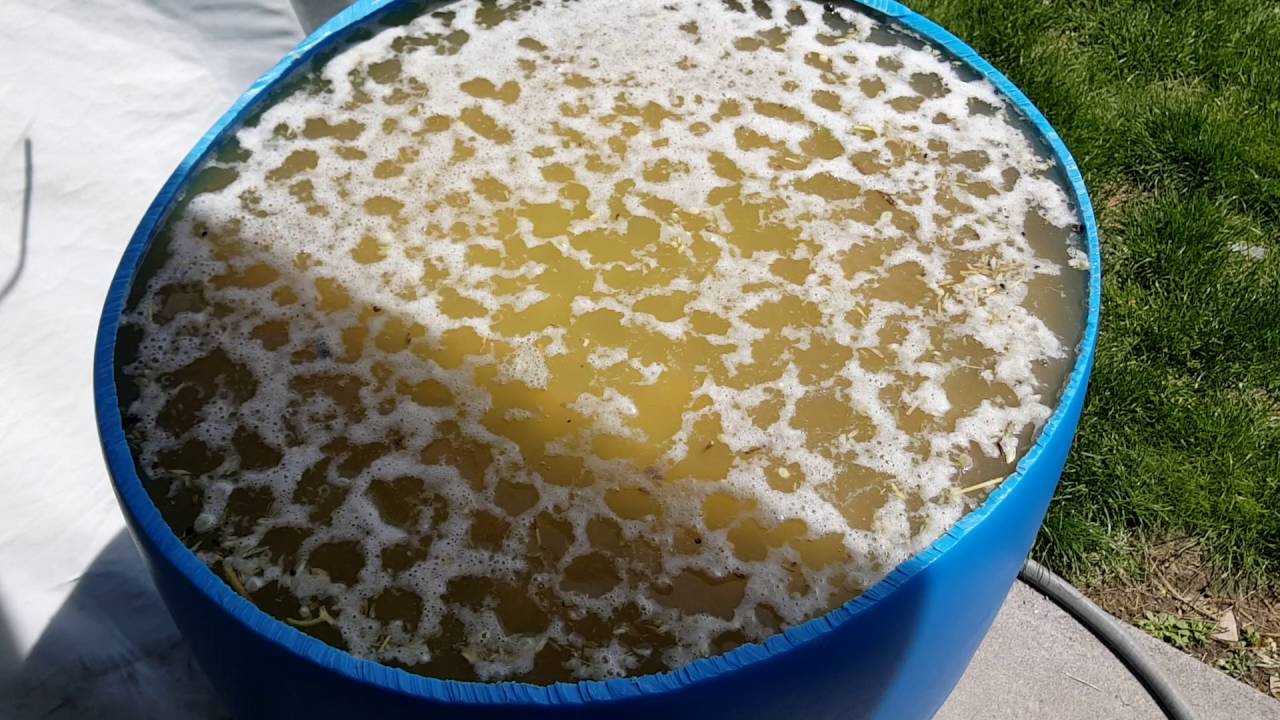 You don’t need to filter off the fruit from the extract, you can feed them the whole batch of vinegar and fruit scraps in small amounts each day with their food. If it’s easier, you can add one or two tablespoons of the liquid to their water each day and toss the scraps in their pen.

Other ways you can make probiotics for your poultry include;

1. Ferment whole grains or ground feed rations for 2 to 4 days

You should have in mind that fermented foods should have vinegar or sour smell to them, but they should never smell ( or be) rotten, rancid, moldy. If they do, ensure you compost or dispose of them.

We have seen the health benefits of probiotics ( prebiotics and postbiotics) and how impactful it is in poultry production. Recall that healthy guts facilitate feed efficiency and improve over raw performance in your flock.

And one of the effective ways to keep poultry gut healthy is through the sustainability of the beneficial bacteria while minimizing the harmful ones.

1. Is sour cream ok for chickens?

Of course, sour cream is ok for chicken as is a good source of beneficial bacterial for healthy guts and a strong immune system. Moreover, sour cream is used in making cereal, cookies, and other materials in the chicken feed that not only improve chickens' health but also improve feed efficiency.

2. Is chicken a good probiotic?

Besides the fact that probiotic is good for chickens, some part of chicken like the guts and cloacae of a chicken can be a really good some for probiotics.

Some so many beneficial bacteria, that serve as probiotics, can be isolated from these parts of a chicken. Thus, I can say a chicken is a good source of probiotics.

3. How should I feed probiotics to my chickens?

There are probiotic powder for chicken, which can be mixed in water then fed to your chickens in thier drinking water.

Feeding tips include mixing it with clean, cool water; offering plain drinking water in addition to the mixed solution in a separate container; mixing fresh solution daily; refrigerating mixed solution for up to 48 hours; and discarding any unused solution after 48 hours.

For Benefits of probiotics in chicken farming, watch the video below

If you have been giving your chickens probiotics, I will be glad if you could share your experience with us in the comment box below.