How to know if a chick is a male or a female is a high skill sought after in the poultry business. However,  there are several ways you can determine the gender of a chick. Two methods ( vent sexing and feather sexing) are more accurate than the rest, which are less invasive compared to these two methods.

If you’re in the broiler chicken business in any capacity, you likely know how important it is to correctly sex a chicken. It doesn’t matter if you’re buying, selling, or simply looking to sort new chicks into your flock, being able to accurately sex a chicken while it’s still small is a very important skill to have.

Obviously, in the broiler production business, male broilers are preferred to female broilers due to their natural endowment in height, weight and blended with their graceful red combs and wattles.  Consequently, broiler producers have sorted ways to sex chicks at day old to maximize profit,  and this has yielded little or no result.

Luckily, there are a few different ways to sex a chick, and if one way doesn’t work for you, you can always try another.

The most accurate and successful way to sex a chicken is known as venting or vent sexing. However, it’s also quite difficult and takes someone with a lot of skill to do.

Venting works best on chickens one day old. With this method, you hold the one-day-old baby chick in your hand and push it down slightly below the vent to spread it open.

This allows you to actually see the chick’s sex organs to tell if it’s a male or female.

Male and female sex organs can look remarkably similar in chicks this young.

As the vent breaths open and close, observe;

In the male vent, the organ looks like a protrusion or a bump, while in the female there is no protrusion. In some cases, this may be obvious and in others, may be difficult to differentiate. 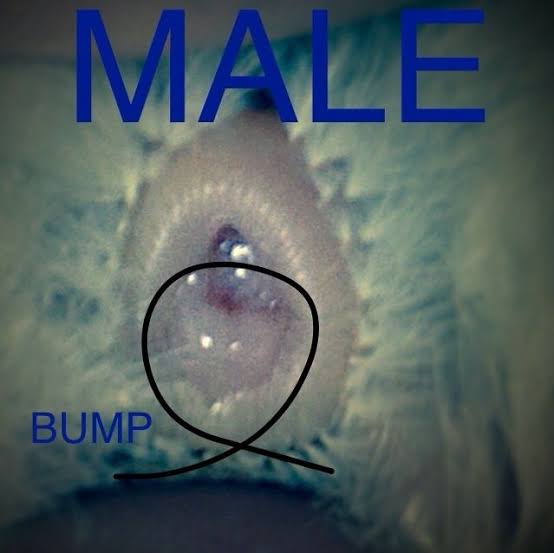 So while venting is the most reliable way to sex a chicken, it’s still tough. It takes a lot of practice, and even experienced breeders are not 100% accurate.

Furthermore, if it’s done incorrectly, it can be very dangerous for the young chick. If you squeeze too hard or do anything wrong, you can cause irreversible damage to the sex organs or kill the chick. This process is never recommended for the average person. You can, however, ask a breeder if they can vent sex with your chick for you.

This video shows the venting process and how delicate you must be while performing it.

Also read: 7 Ways On How To Winter Chickens To Keep Them Warm

Feather sexing a chicken, also referred to as wing sexing, is another fairly reliable and straightforward way to sex a chicken. As with venting, to use this method, you must do it when a chick is about a day old. If you wait much longer, its feathers will be well-developed, and you’ll be unable to see differences between males and females.

Female chicks have alternating feather lengths on their wings. There will be the long ones (known as primaries), followed by the short ones(known as converts), then another long one, and so forth. By contrast, male chicks’ wing feathers will all be the same size.

A chicken’s comb can tell you a lot of information about it, including its gender. If you’re looking for a less stressful way to sex a chicken, you can examine its comb. This method of sexing a chicken is not as accurate as of the above two methods, but it’s easier and doesn’t require as much skill or practice. 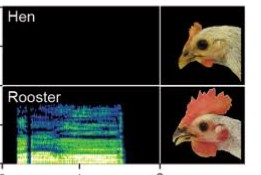 If you choose to use this method to sex a chick, you will have to observe the chick as it grows. At a week old or more, their combs will become much more noticeable. A taller, fuller comb on a chick’s head in most cases indicates a male broiler

In the wattles, a similar scenario can still occur. In male chicks, the wattle will grow faster, longer, and brighter than those of the females.

Also read: 6 smart tips to increase the bodyweight of your broiler chicken

As chicks grow older, another non-stressful way to determine their genders is to keep a close eye on their behavior.

If you notice any of these behaviors in your chicks, it’s likely that your chicks are male. Of course, this is not a 100% sure way to accurately sex a chicken. Every now and then you’ll come across an aggressive female that likes to fight. However, it’s uncommon. So if you do have chicks fighting, they’re probably males.

The stink eye is another trait common to male chicks as opposed to females. Sometimes, you will notice a  chick while performing a circular movement will stop suddenly and cork his head and give you that bold stare for some seconds without blinking-this is called ‘the stink eye’ perform mostly by a male chick.

5. Listen for the Crow

Most of the time, people don't use crowing as a way to sex a chicken. The idea is that by the time a chick is growing, it’s already large enough to tell it’s a rooster. However, this isn’t always the case. Roosters will generally start crowing at about four months of age.

By this time, it’s true that most breeds already look like roosters. However, there are actually some situations in which a chicken actually begins crowing before you can actually tell that it’s a rooster. In these cases, when all visual signs have failed you, you can simply listen for a crow.

There are other occasions of chicks crowing as young as 4 weeks old. A one-month-old chick is still fairly gendered uncertain visually. If you’re lucky enough to have roosters start crowing at a month old, you can be sure you have a rooster.

Despite rumors to the contrary, I have never heard a hen crow. People claim it happens, but in all my experiences with chickens, this has never happened

So if you have a month-old chick crowing or a half-grown chick whose gender you can’t detect, listen to see if it starts growing. If a chicken has reached six months of age and still has not crowed, it’s probably a hen.

Also read: How to Stop watery whitish, greenish, brownish-yellow and blood stain in your Chickens poops for full Recovery

Wrong ways of sexing a chick 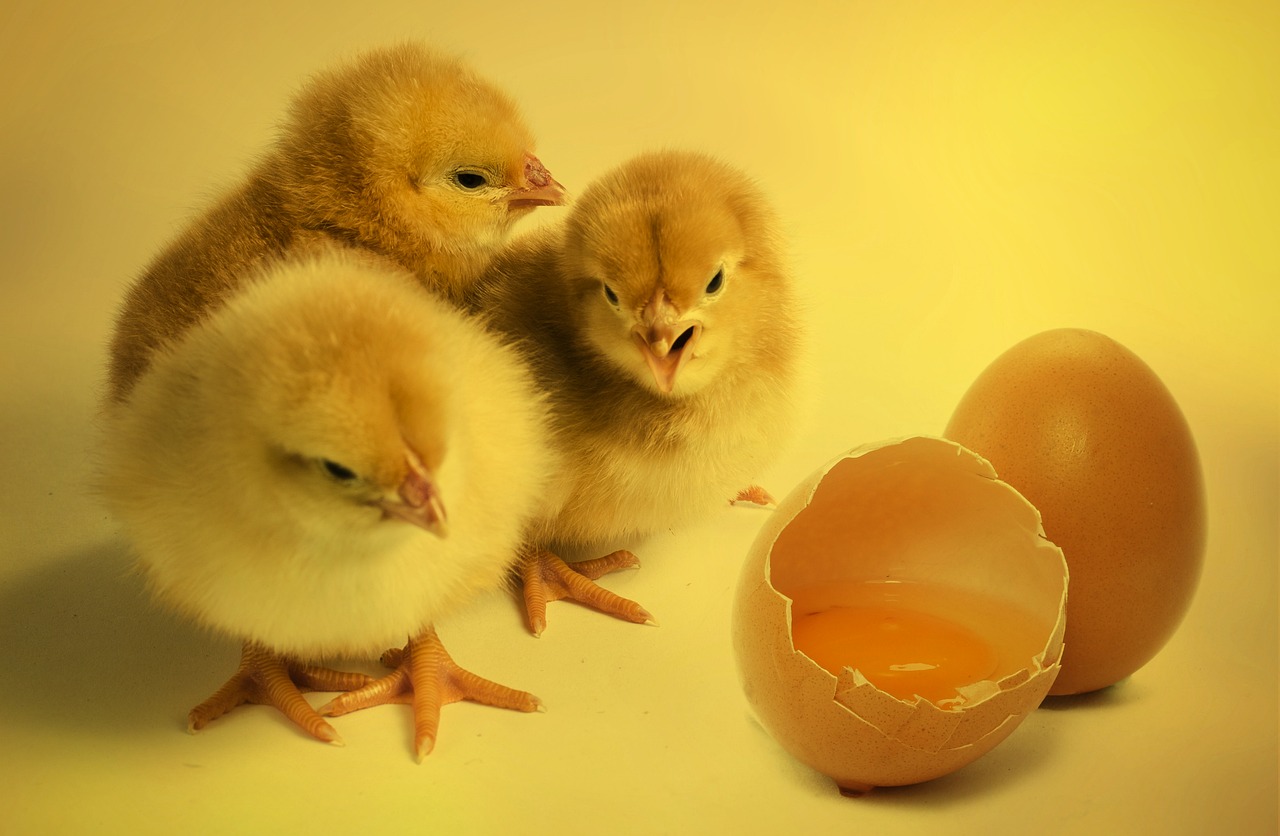 There are tons of folktale /old wives tales out there telling people how they can identify the genders of their chickens. Please don’t listen to them. The only reliable and credible ways to sex a chick are those listed above. If someone tells you anything contrary, it is not going to be accurate.

Some of these old tales include the following:

The Shape of the Egg

For a couple of decades, people have been rumoring that you can tell the gender of a chick before it ever hatches mainly by looking at the shape of the egg. It’s assumed by some that if an egg is round, that egg contains a female chick. Conversely, if the egg is narrow and pointed, it’s assumed to hold a male chick.

This is absolute nonsense. The shape of an egg has l nothing to do with the sex of the chick inside. Don’t believe in it. If you’re determining your chicks’ sex based on this, you’ll have just as much luck throwing a dice.

Flipping a Chick Upside Down

This, too, is nonsense. Moreover, turning your chicks upside down can potentially hurt them. Please I beg you, don’t flip your baby chicks upside down. It will not give you any reliable information about the Chick's sex, and it could cause a lot of harm.

There is actually an egg float test, but it has nothing to do with determining the gender of a chick. The egg float test is used to determine the freshness of an egg. 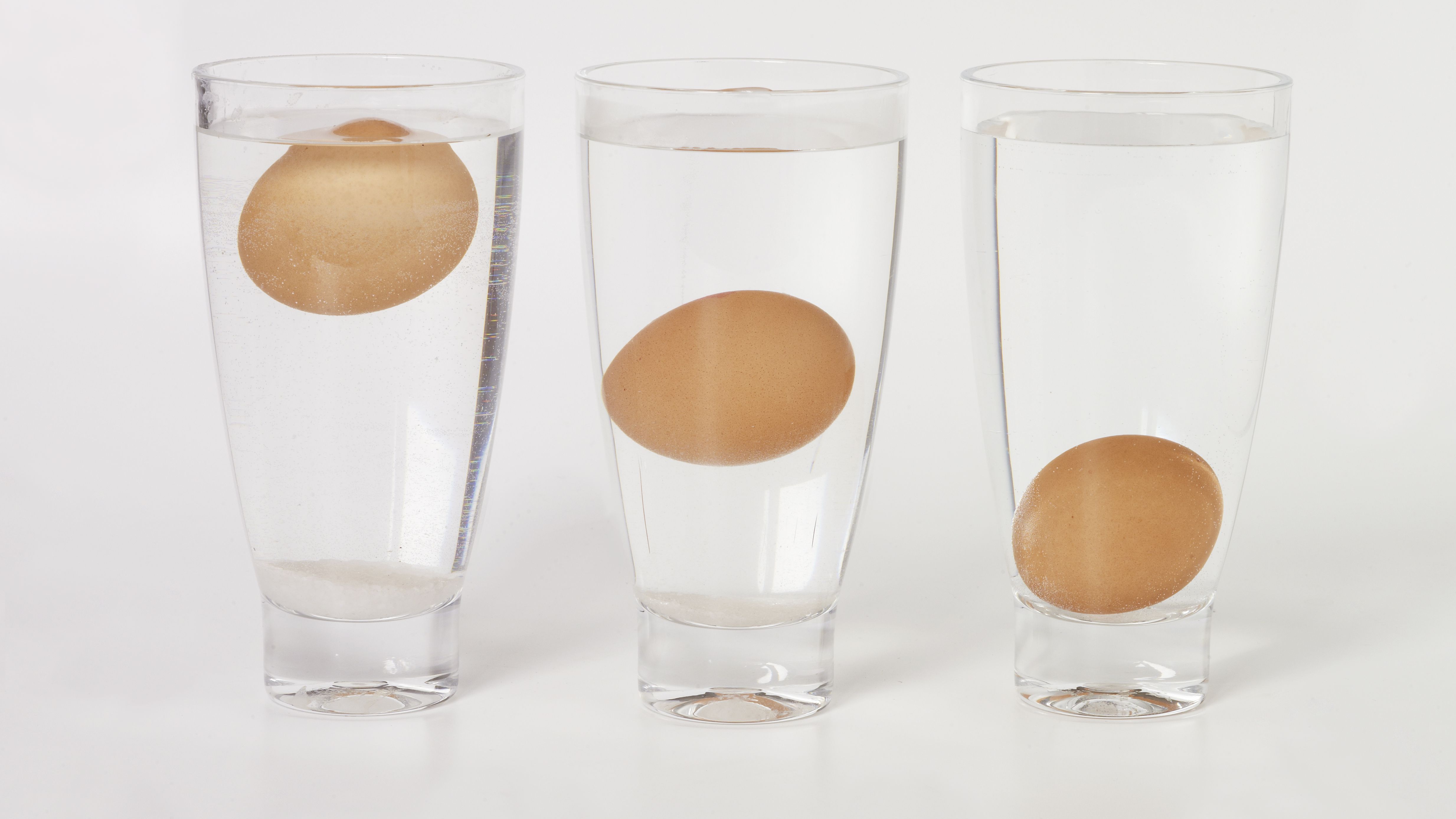 If you drop an egg in water, and it floats to the top, the egg is old and should be thrown away. If the egg sinks to the bottom of the glass of water and lays on its side, it’s a very fresh egg. If the egg sinks but sits upright, it’s not too fresh, but it’s still edible.

At what age can you tell if a chicken is a roost?

How can you tell if a chicken is a rooster in 1 week?

How can you tell if a 2-month-old chicken is a male or female?

At 2 months, besides vent and feather sexing,  you can use a less invasive method to tell if a 2-month-old chicken is a male or female, because at two months most male chickens have started crowing. Some female chickens can have comb and wattle like a male, but they can never grow.  Watching the chicken Crow is a less invasive method to sex a chicken at 2 months old.

There are five reliable ways to sex a chicken. Of these five ways, there are only two (venting and feather sexing) which are absolutely reliable; we’ll say 90%.  Crowing is also a very reliable way of determining gender, although it’s not always helpful if the chick is half-grown before it crows.

The other ways are less reliable, but they are still useful. They are also less stressful than venting or feather sexing. Besides these methods, there’s no other reliable way to sex a chicken. Please avoid folktales, and be aware that mistakes do occur.

If you have tried any of the above-mentioned methods, I will be glad if you can share your experience with us.

I will be trying the methods especially the venting and feathering, I am sure I will get it.

Thanks for the exposure.