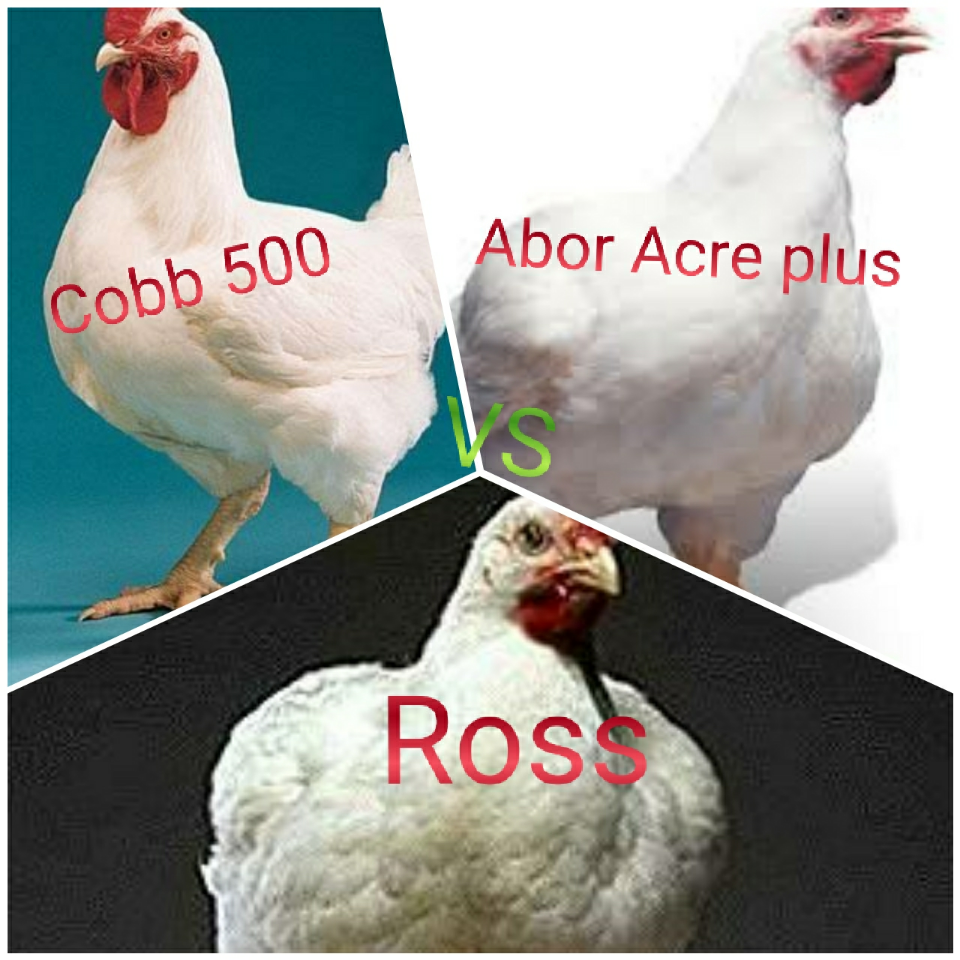 The reverse is the case when the wrong/bad broiler breed is selected- Your time and money will be wasted. I had a client that her supply was a mixture of different breeds, they all seem like broiler until after two weeks when she noticed their growth was not in uniform. The problem at times might be from the hatchery, or from our misconception about the broiler breed.

Let us  correct this Misconception: Referring to Hatchery name as Breed name

What is the difference between a Hatchery name and a Breed name?

Hatchery names like Agrited, CHI, Amo, etc (are some hatcheries in Nigeria)   are names or brand names of companies that market a particular broiler breeding stock ( Parent stock).

The name given to this broiler breeding stock by its creator is known as the Breed name. eg Cobb 500, Ross 308, Arbor acres, Hubbard, and Marshall are common broiler breed names in Nigeria.

What then is the Misconception?

The misconception here is that most broiler keepers have replaced the breed name with the brand or hatchery name. In Nigeria, you can hear people say I want Agrited,  or Agrited is the best instead you say, I want Ross or Ross is the best. What if Agrited decides to market another broiler breed, will the new breed have the same feature as the old one?   Your guess is good as mine. The same scenario can be observed between Arbor  (a breed name) and CHI (a hatchery name).

Popular Hatcheries in Nigeria and Their Broiler Breed

Selecting the best broiler breed will depend on what features, or characters you are interested in the broiler breed. However, all breeds are unique in their own way, and there is no breed without its own “ Achilles’ heel” but certain breeds are more balanced than some in general -having a bit of every available cookie.

Nevertheless, we are going to look at the common broiler breeds in Nigeria with their special features to enable you to make an informed decision on which breed best fits your intended purpose.

Also read: Cost For Rearing 100 Broilers In Nigeria with The Profit Amount

Popular Broiler Breeds in Nigeria with Their Attributes

Next, we are going to look at the attribute of some of these broiler breeding stocks with some scientific findings to support their attributes, so that we can boldly and confidently say this is the best broiler breed stock.

However, the debate of the best broiler breed has been narrowed down to Cobb 500 and Ross 308. Therefore, to avoid time wastage we are going to limit the debate to Cobb 500 vs. Ross 308. 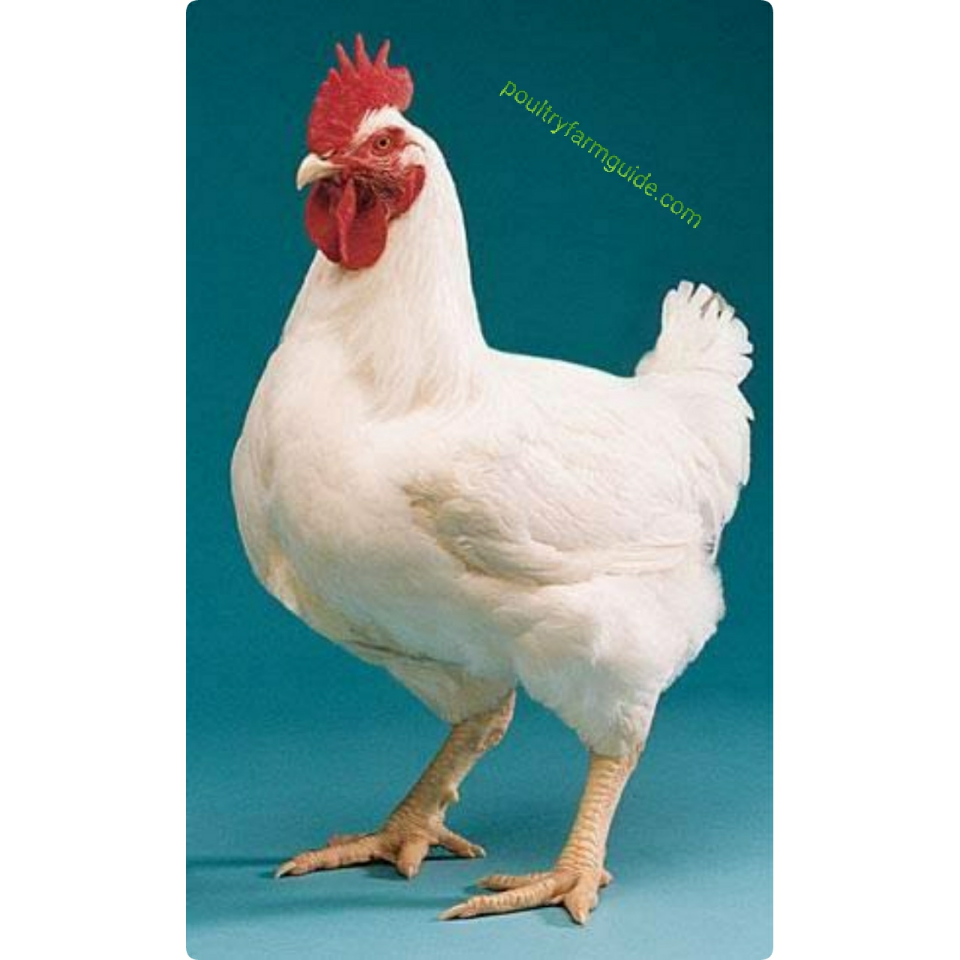 Here are the attributes of Cobb 500 as documented by Cobb-Vantress, the research company that created Cobb 500.

“ The word’s most effective broiler has the lowest feed conversion, best growth rate, and an ability to thrive on low density, less costly nutrition. These attributes combine to give the Cobb500 the competitive advantage of the lowest cost per kilogram or pound of live-weight produced for the growing customer base worldwide” 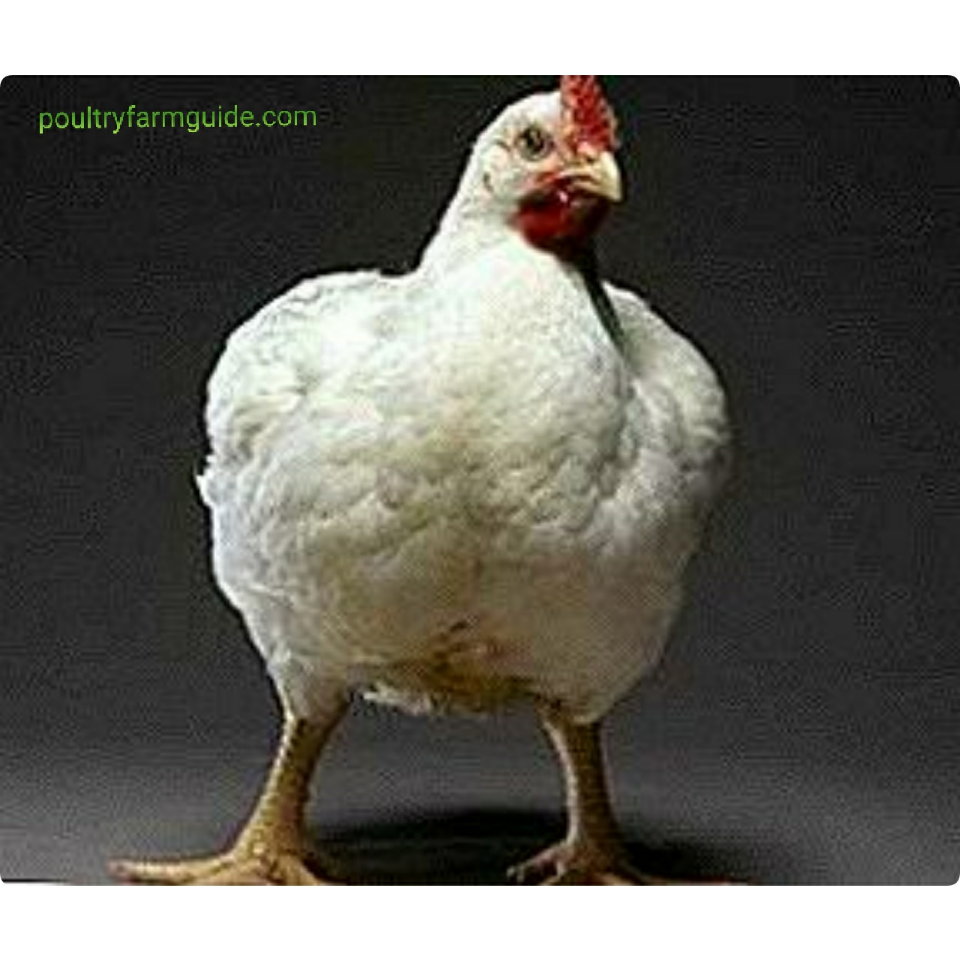 Here are the attributes of Ross 308 by Its creator, Ross Avigen

2.Produces a high number of eggs combined with good hatchability.

The gain of body weight per day at the right breast and the content ranges from 52 to 58 grams. Powerful muscle mass broiler chickens ROSS 308 is formed at an early age. The optimal time for slaughtering the breed is considered to be age 6 and 9 weeks. At this point, the chickens have to weigh up to 2kgs.

Note: Ross and Abor Acre are both created the same company Aviagen with similar features. However, Abor Acre plus  (AA+) is a special breed bred to produce chicken efficiently through consistent parent performance, excellent broiler performance, and good processing yield. 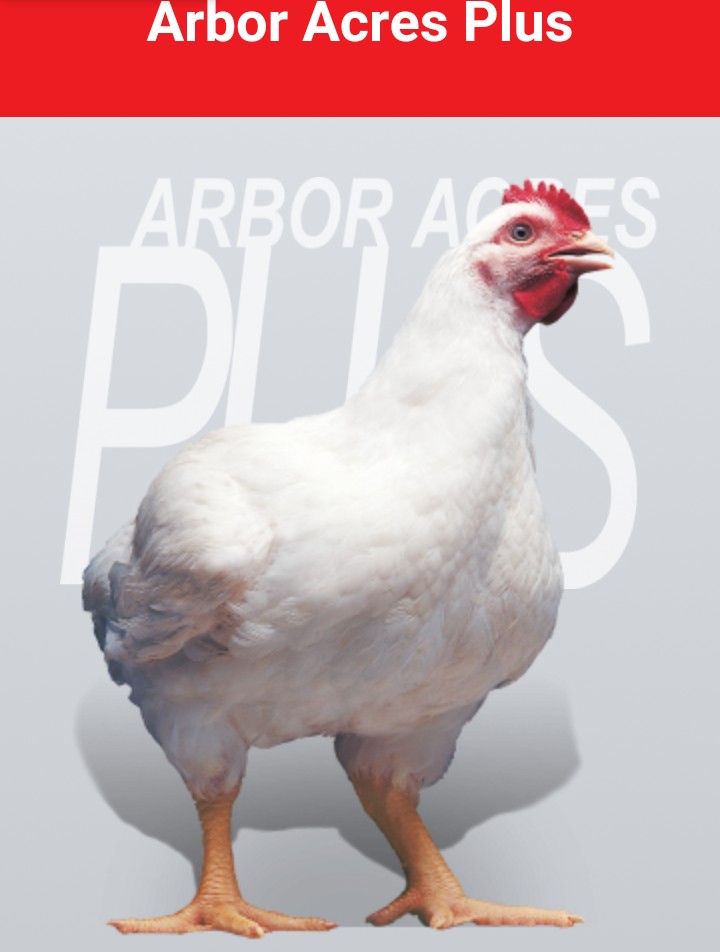 Let see if these features and attributes are in conformity with scientific researches and with experts' views.

(Stafie, 2011) conducted research titled “Alternative to broiler Chickens Breeding in Peasant Households” He made use of the three breeds of broilers frequently used in Romania, which are Cobb 500, Ross 308, and Hubbard Flex. These were his findings and conclusion:

Hubbard meat Hybrid Flex is a hybrid that is well adapted to conditions of food and microclimate empirical but not to expect great performance if you are not providing the necessary point of view of technology.

Also read: 10 ways to sell and market your broiler chickens fast that are proven to work

What is the difference between Cobb and Ross? 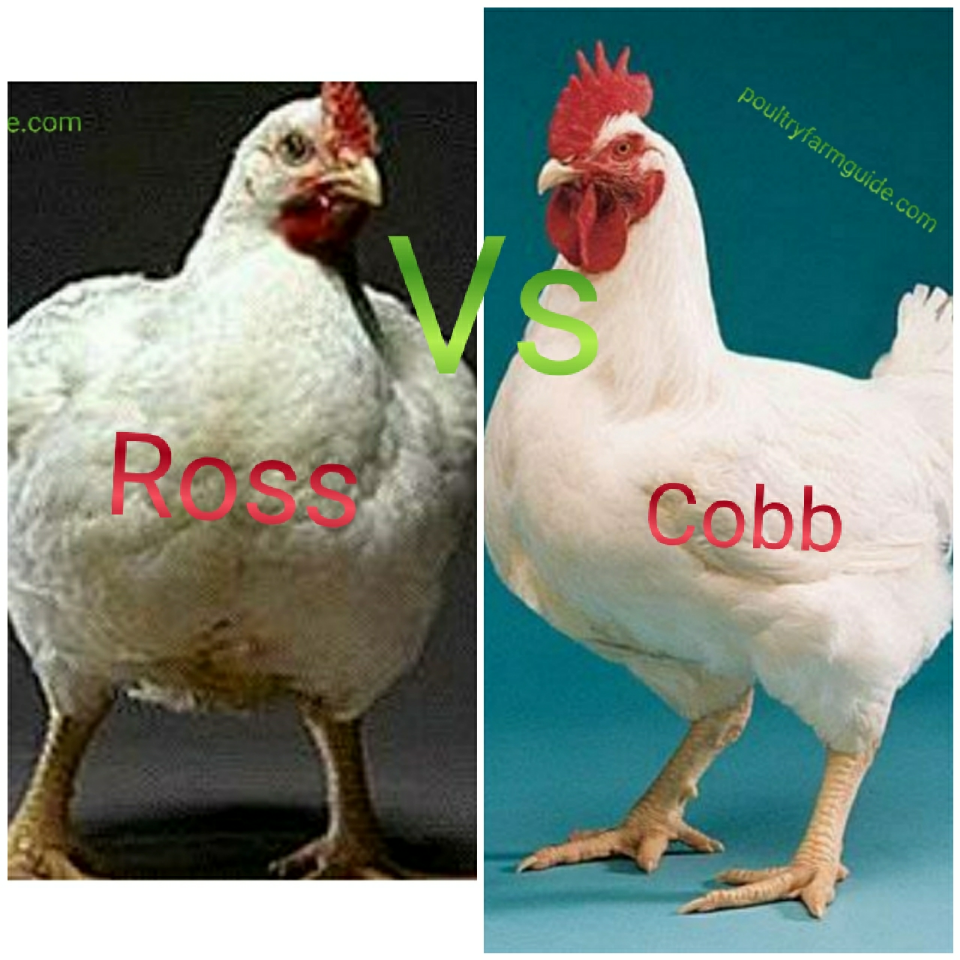 This is the major difference between Cobb 500 and Ross 308, however, they are both created to grow fast with heavy chest meat.

Cobb 500 requires exacting management technology with a prescription cheap fodder. That is Cobb 500 is not choosey when it comes to feeds quality. You can attain production the targeted weight with low feed cost, but be sure their welfare and management are at top-notch.

Ross 308 requires a well-balanced feed, and more expensive but in terms of management does not pose special problems. They can survive relatively microclimate conditions when compared to Cobb 500.

Hubbard flex is a hybrid that does not raise any claim in terms of management and technology in terms of feeding.

The table below compared the body weights of each hybrid and feed consumption for a kg of live meat. 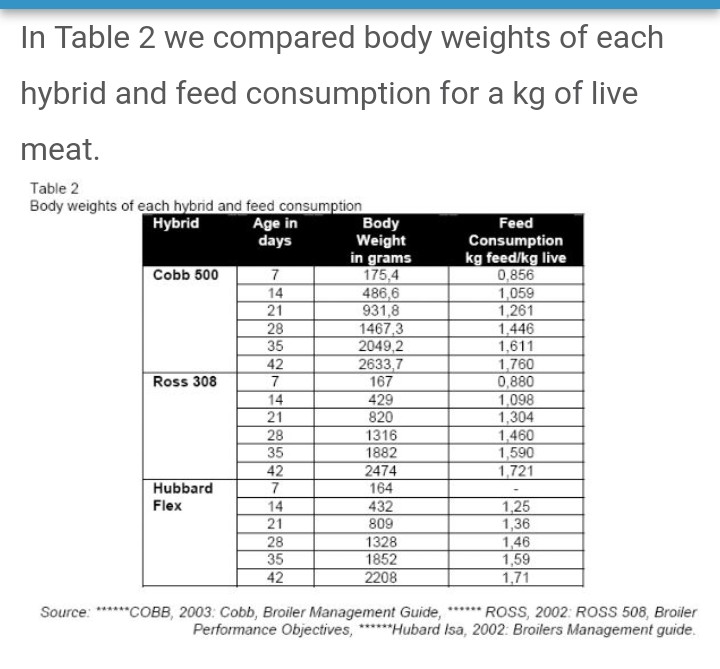 We can see from the research summary, some of these findings were in conformity with the features and attributes of both Cobb 500 and Ross 308, but their disadvantages were not mentioned by their creator.

In addition, let see what other experts found out in their researches

(Simona et al, 2017) on their research on the “Evaluation of productive performances in Ross 308 and Cobb 500 hybrid” concluded that the feed conversion index was in favor of cobb hybrid against Ross 308 hybrid, but the two registered values were very close.

Lobago et al, (2003) on their comparative performance of Cobb 500 and Ross 308, that there was a relatively higher marginal revenue and a lower marginal cost was obtained for Cobb-500 than for the Ross chickens. It was concluded that the Cobb 500 had better overall performance than the Ross under the present small-scale production system in Debre Zeit.

However, selecting the best broiler breed will depend on the farmers’ wishes and purpose. Some may want Cobb 500 for its low feed cost, while some may want Ross 308 for its low management approach.

But in general, Cobb 500 slightly edged over Ross 308  in terms of all-around qualities and performance. Nevertheless, there is no broiler breed without its ‘Achilles heel’.

I will like you to give me your Whatssap number please??

Thanks for your feedback and suggestions. I plan to do that but I need audience contribution as well to make more authentic.

Dear Sir,
I found your write up very interesting and educating. You are really doing well.
Thanks for this knowledge

I am glad you find the article helpful, Mr. Victor

More grease to your elbow. God will increase you in knowledge and wisdom.
Can you please explain reason why Grinpheild Marshall is not popular despite being tall and big which I think is to farmer's advantage.

Well, I haven't reared Grinphield before. I guess demand is relative. It all depends what region you leave in, and what breed consumers prefer will determine the popularity of a particular breed.

I bet you, Grinphield will be more popular in some regions around the world. Where people appreciate such qualities.

I'm so much delighted with this writeup, thanks for educating us.

I appreciate this article sir.
Pls will cobb500 do well in the south south region of Nigeria?

Definitely, they will do well.