A basket filled with eggs of different colors is a sight to behold. And For most chicken lovers, it becomes an adventure to be fulfilled. But have you ever asked yourself what is the mystery behind the differences in egg color? 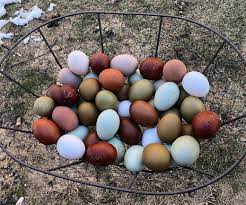 Chickens can lay varieties of egg color base on genetic strain

What determines the color of egg yolk?

From popular literature,  we learned that egg color in chickens depends or varies with the genetic strain of the bird. However, all eggs started off as white, and gain pigmentation as they go down the reproductive tract.

Different breeds have different pigmentation to give it a unique color of the final egg.

Also, read: 10 Reasons your Chickens Are Not Laying Eggs And How to Fix It.

How to tell what color eggs a chicken will lay

They are predominantly produced by smaller breeds arising from the Mediterranean and North-West European regions, by the so-called Polish chicken and related species, and by the Batam. Pure breed chickens with white earlobes also usually lay white eggs

In contrast, brown, yellowish eggs are mainly produced by the medium to large Asiatic breeds, which are often characterized by having red earlobes. The South American Araucana is known for its blue-green eggs.

How  Chicken Eggs is Pigmented or Colored Differently

The final color of the shell is determined by the relative proportions in which these pigments are secreted by the uterine epithelium.

Why are Eggshells Pigmented?

It has generally been thought that the color of the eggshell aids in camouflage, the pigmentation rendering the eggs less visible to chicken predators. However, recent findings have explained this theory.

For example, concealment may not be the predominant role of the red-brown spots and patches found on the eggshell of many birds. Rather, these may also play an important role in the structural integrity of the egg by increasing the elasticity of the shell.

In the red-brown areas sometimes seen on the typically white eggs of Passeriformes, the shell is thinner and more flexible, providing a degree of shock absorption.

Moreover, it has been established that eggshells containing protoporphyrin are better able to reflect incident infrared light than unpigmented calcified shells.

These eggs, therefore, absorb less heat from the sun and lose less water through evaporation, reducing the likelihood of the developing embryo succumbing to dehydration.

The most common egg color is the brown colored egg. And the pigment responsible for brown eggshells is known as protoporphyrin. This pigment is applied to the egg during the last few hours as the egg passes through the uterus.

The blue eggshells are produced by a pigment called biliverdin that is applied to the eggshell at the early stage of its development.

The blue color appears on both the outside and inside of the shell. The level of biliverdin in the eggshell gland reduces as the bird ages.

Why is my egg green?

The green eggshell is a result of the combination of protoporphyrin and biliverdin. The blue pigment is applied to the eggshell first and then coated by the brown pigment.

The intensity of the brown color determines how the egg can vary from light green to dark olive. 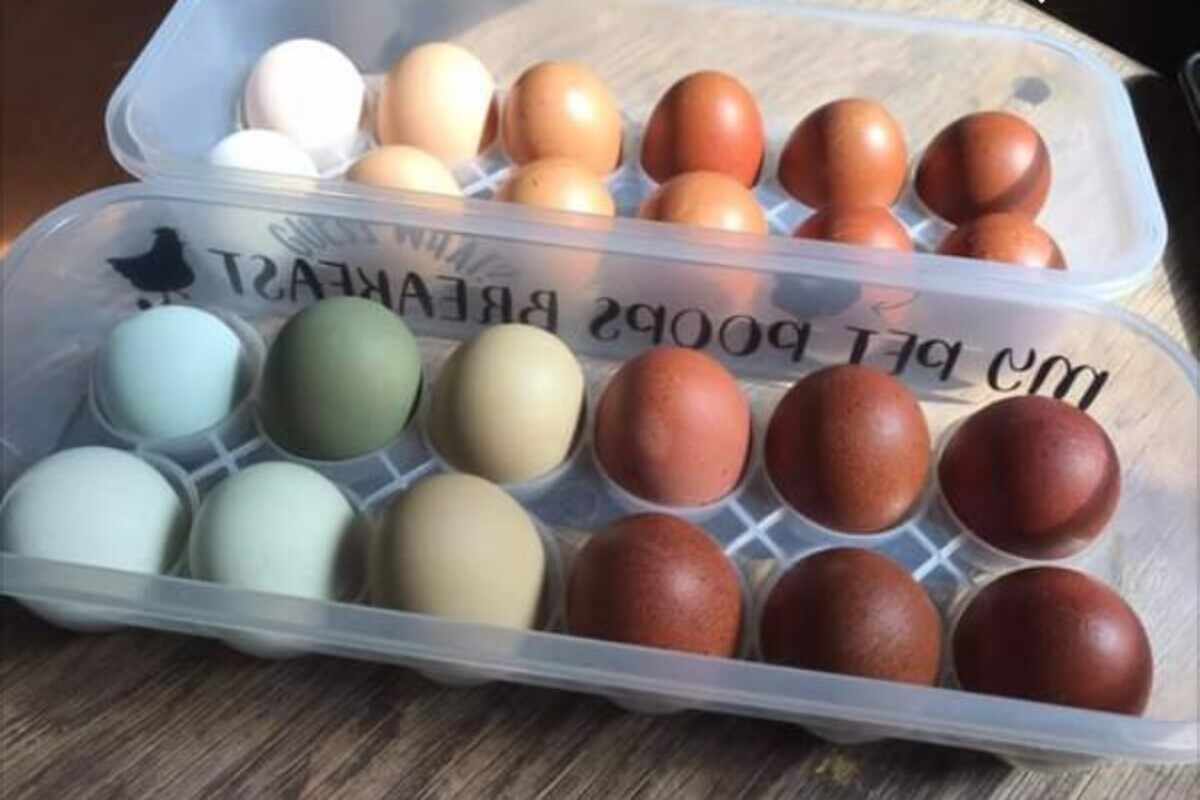 A chicken can’t lay different colored eggs, and will not change eggshell colors throughout her life. However, as the hen ages, the intensity of the color fades gradually to a  lighter version of the colored egg.

Are green-shelled eggs safe to eat?

Green-shelled eggs are safe to eat. Although, the green ring around the yolk of an overcooked egg occurs due to hydrogen in the egg white combines with sulfur in the yolk.

This normally happens while boiling eggs for too long. Besides, the green ring is harmless and is safe to eat.

Also, read: What Chickens Lay Black Eggs?: All you need to Know about Black Chicken eggs

You might have heard that some colored egg is healthier or brown eggs are healthier and tastier than white eggs. The fact is the color of an egg does not affect the health or nutritional value of the egg.

In the same vine, the relationship between egg color and the hen’s earlobe color is coincidental. The color of an egg depends solely on the genetic strain of the chicken.

Also, the issue of black chicken eggs is not real, and those beautiful black eggs circulating on the internet are all made up. Although, we have black pigmented chickens like the Ayam Cemani and the Silkie but nor lays black eggs.