As a Poultry farmer, having the established knowledge that humans are not the only ones that like chicken and poultry birds will enable you to plan well on how to safeguard your chicken.

Aside from humans, there are lots of creatures who feed on chickens. There are some who deliberately search for these chickens to feed on. These creatures are known as chicken predators.

Below is a full list containing the most common chicken predators, their signs, their mode of Killing, and the perfect way to prevent them. 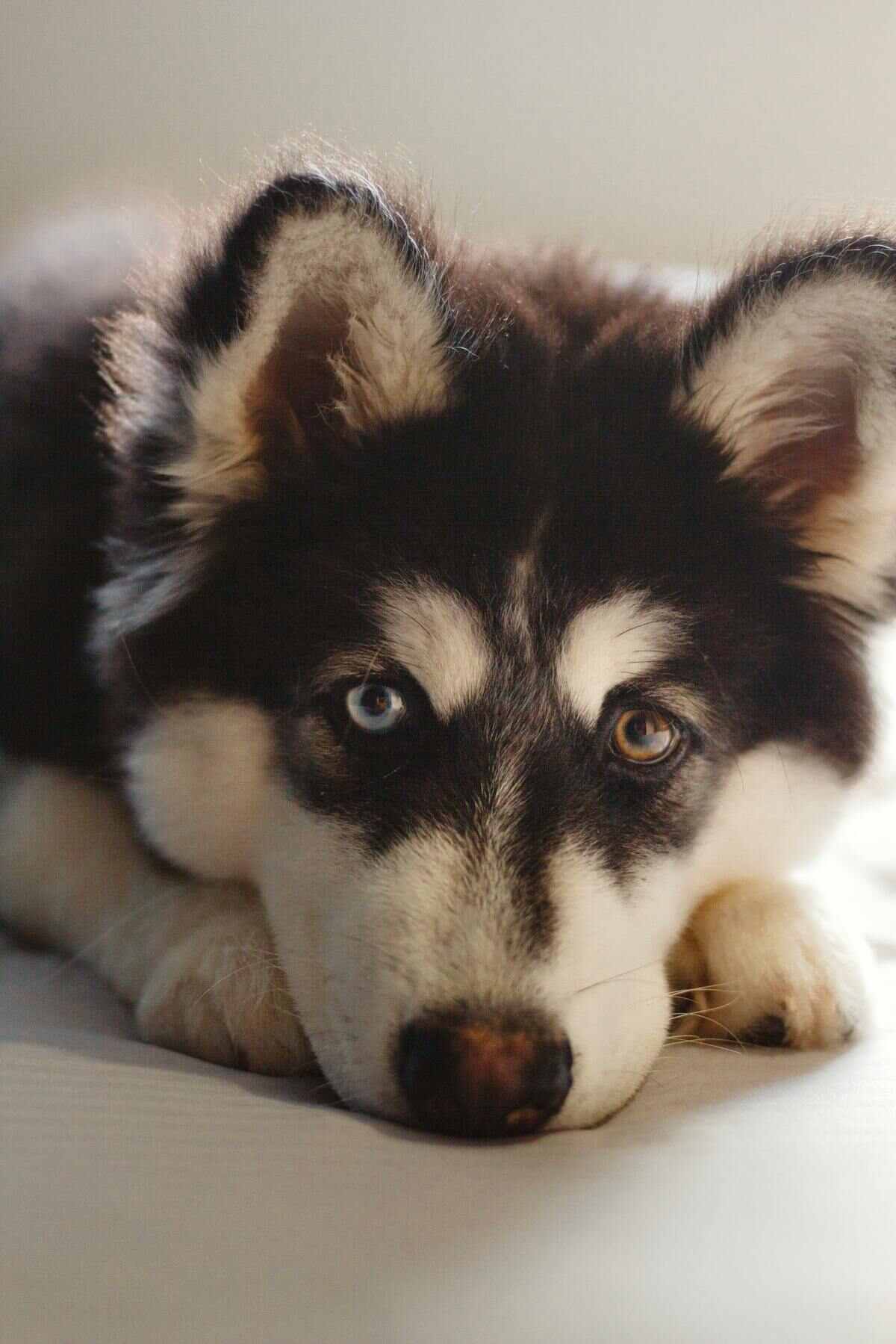 Dogs have been recognized as one of the friendliest animals to have around. They are widely used as pets and friendly, even to the newborn baby, but are great predators of chicken

Dogs when attacking the poultry birds run after them and refuse to quit the Chase even when asked to. As a Poultry farmer, once you see such a situation, and firm desire from the dogs when chasing the birds, Please look for a way to break that chase because your bird might be under attack.

How to Prevent Dog

The best way to protect your bird is to shield them away from dogs that are not friendly. 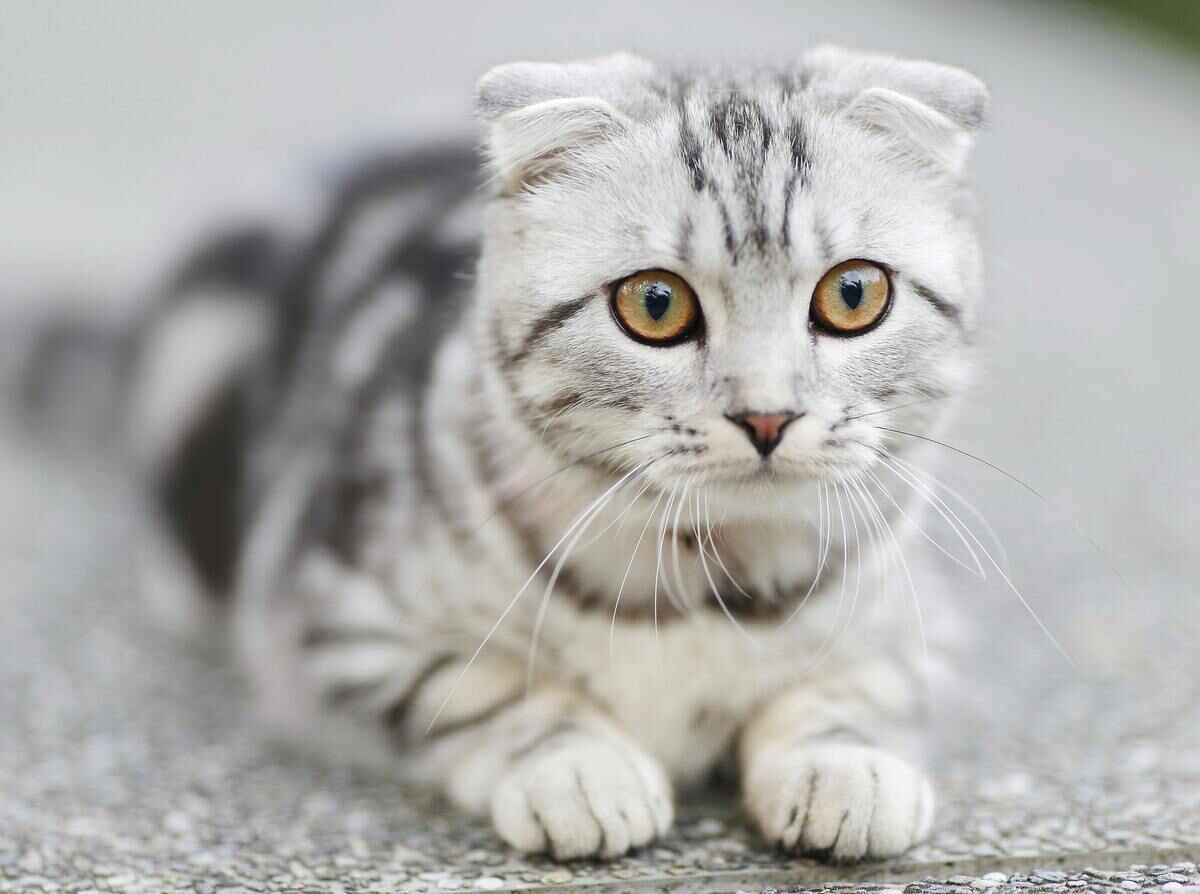 Cats are not real dangers to fully grown and matured chickens because of height and defense mechanisms. But can be a  potential danger to chicks.

For cats that attack both mature chickens and chicks, they look for little opportunity to attack the prey, pounce on it and eat off only the fleshy part leaving the feathers.

How to Prevent cats

The best way to prevent cats from Killing your chicken and chicks is to keep them in a safe place that is beyond the reach of cats. 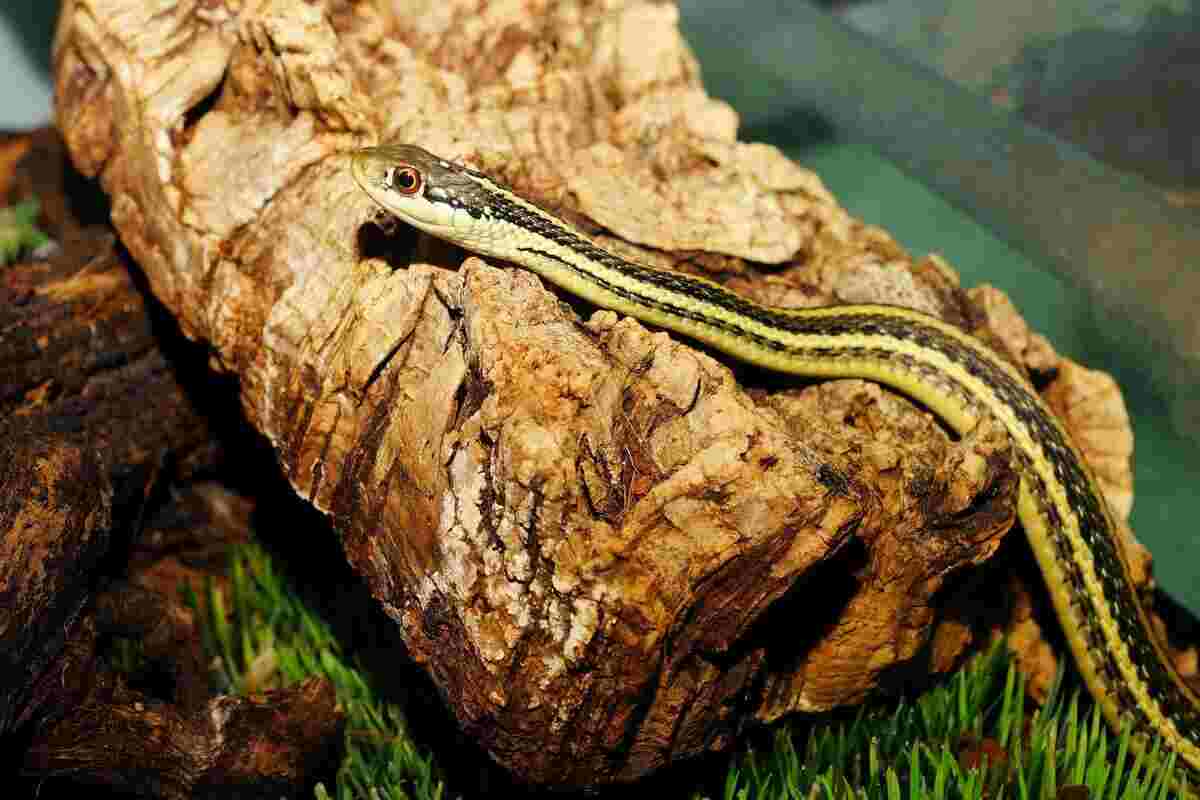 Snakes often kill a chicken for food. Naturally, snakes are not the primary predators for chickens ( most there for the eggs and chicks ) but when they go hungry and there's a chicken around them, they try to feed on the chicken forgetting that it will not be easy to swallow an adult chicken.

The easiest way for a snake to kill any prey including the snake is to wound itself and stretch itself, spitting itself out with a force like a thrown Stone till it reaches and bites the prey.

How to Prevent Snakes

The most effective way of preventing snakes from Killing or eating your chicken is to cover all the holes they might be able to enter with your Poultry with a net that is too tiny for the snakes to pass through. 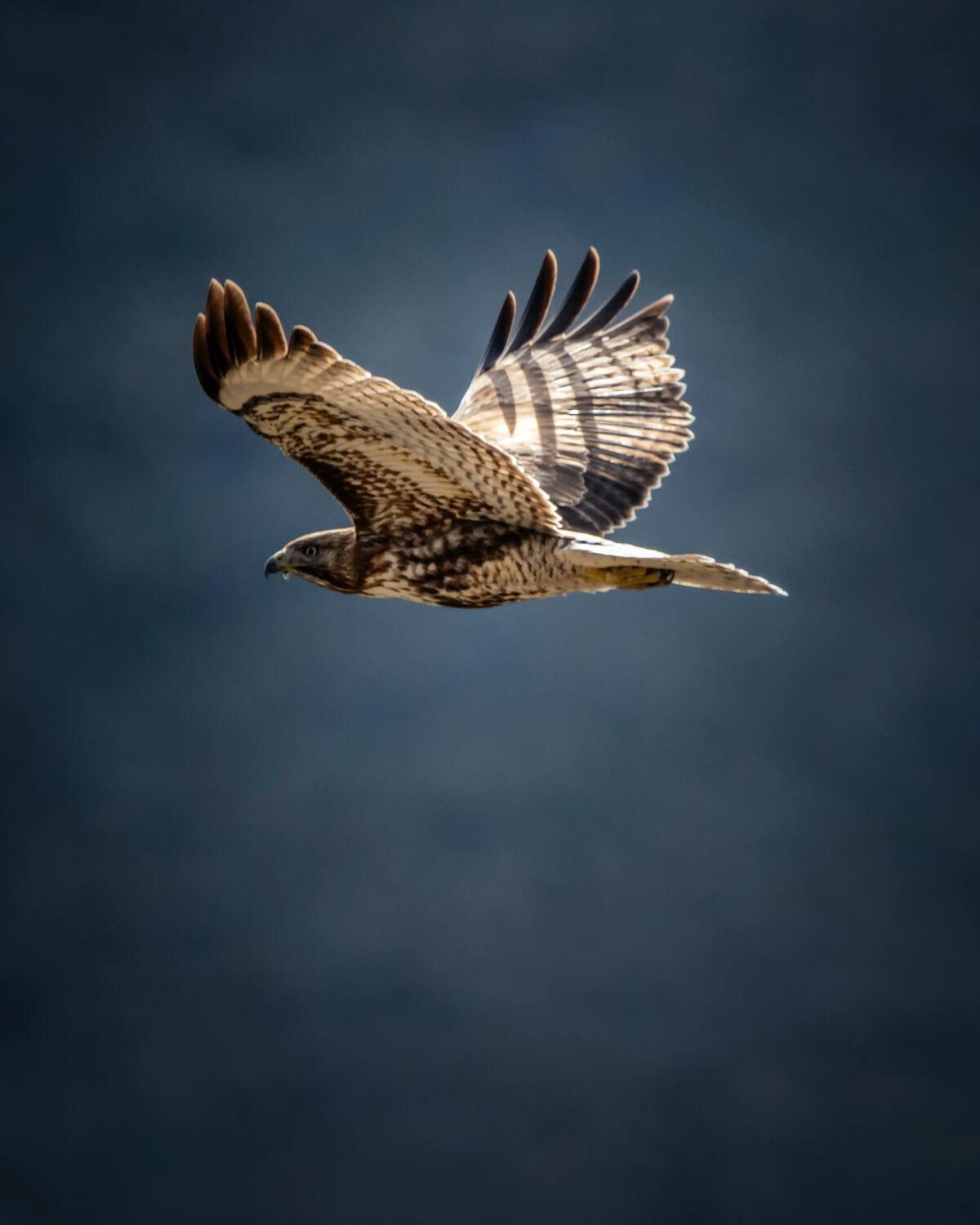 When listing the top 5 most deadly chicken predators and you miss out on hawks, it, therefore, means that list is biased. Hawks happen to be one of the major concerns for every Poultry farmer.

Hawks have sharp eyes that can see far objects. They fix their gaze on the prey even though they are settled on any tree far away from where their prey is. They observe the prey for a while and with a swift movement, they fly down picking the chicken.

How to Prevent hawks

To properly Prevent snakes you should also ensure you have anything in the form of a scarecrow that makes noise. The noise tends to deceive the hawk giving it a false impression that you are currently at the farm even though you're not. 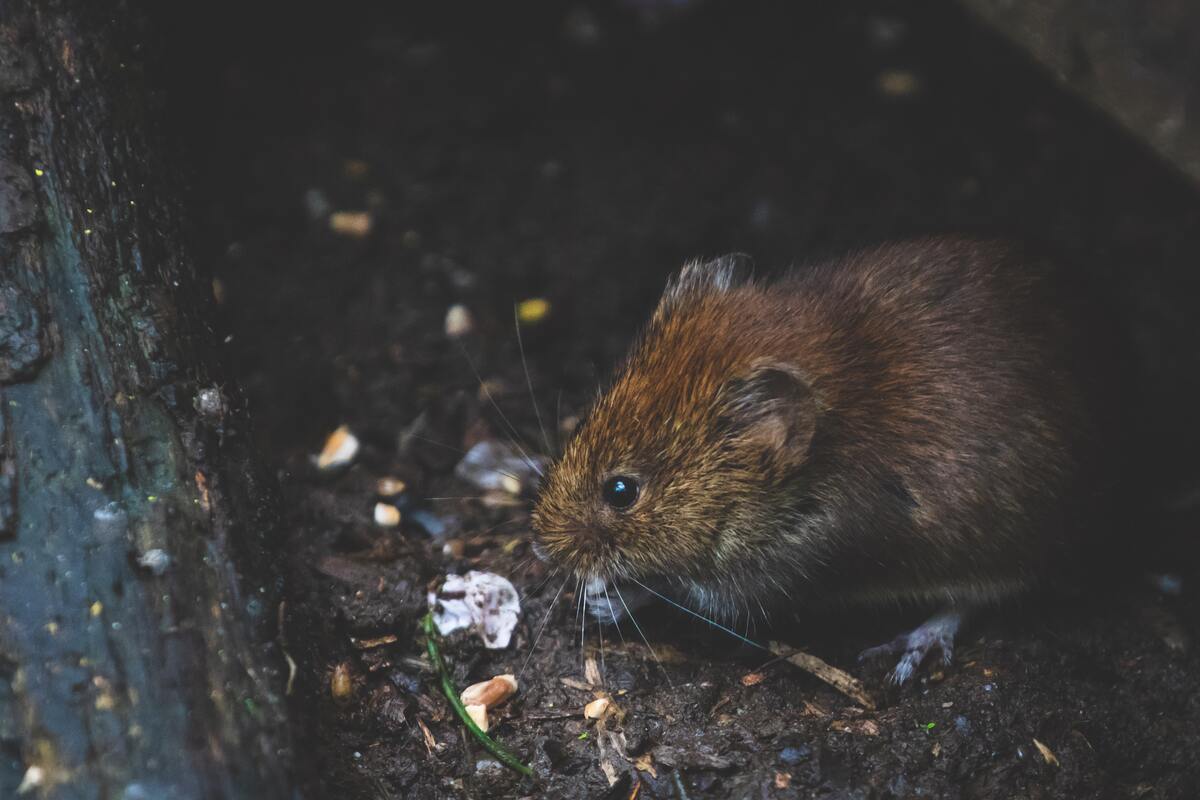 Rats happen to be amongst the list containing the top 5 backyard chicken predators. Although it is rare to find any Poultry Farmer complaining of rats Killing and eating up his chickens, trust me, rats are not friendly with chickens.

Rats rarely attack chickens because their main motive for entering your poultry farm is the feed you give to your chickens. Although, they can eat and feed on a weak chicken while they sleep.

How to Prevent Rats

The first is to move or site your Poultry farm in an environment that is 90% rat-free and the second way is to use a rat gauge or rat net that has perforated holes impossible for rats to pass through. 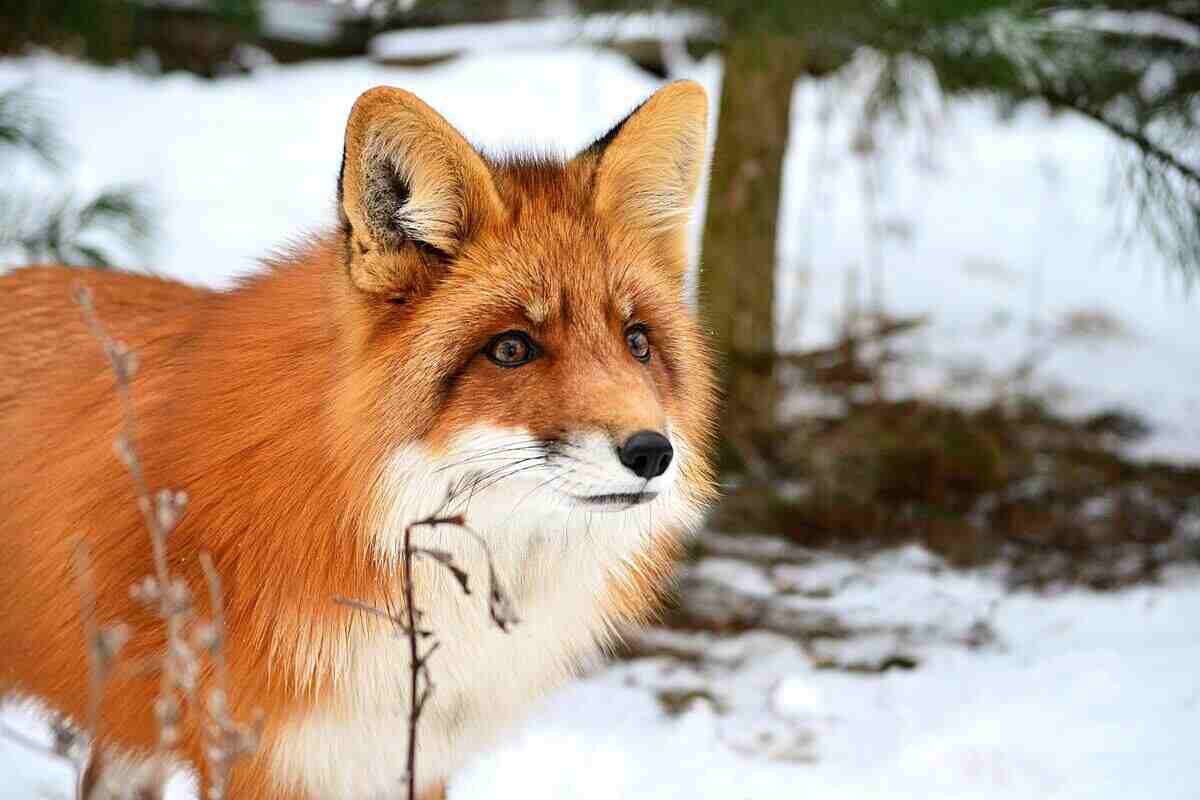 Foxes are one of the most feared chicken predators. They are not scared of anything and they can kill an entire coup of chicken.

Foxes lie around spying on the coup of chicken. If there's no one available they scurry out in leather Killing the entire coup and taking a little away.

How to Prevent Foxes

The best way to prevent foxes from Killing your backyard Chicken is to build a large fence around your Poultry that is too high for foxes to climb. 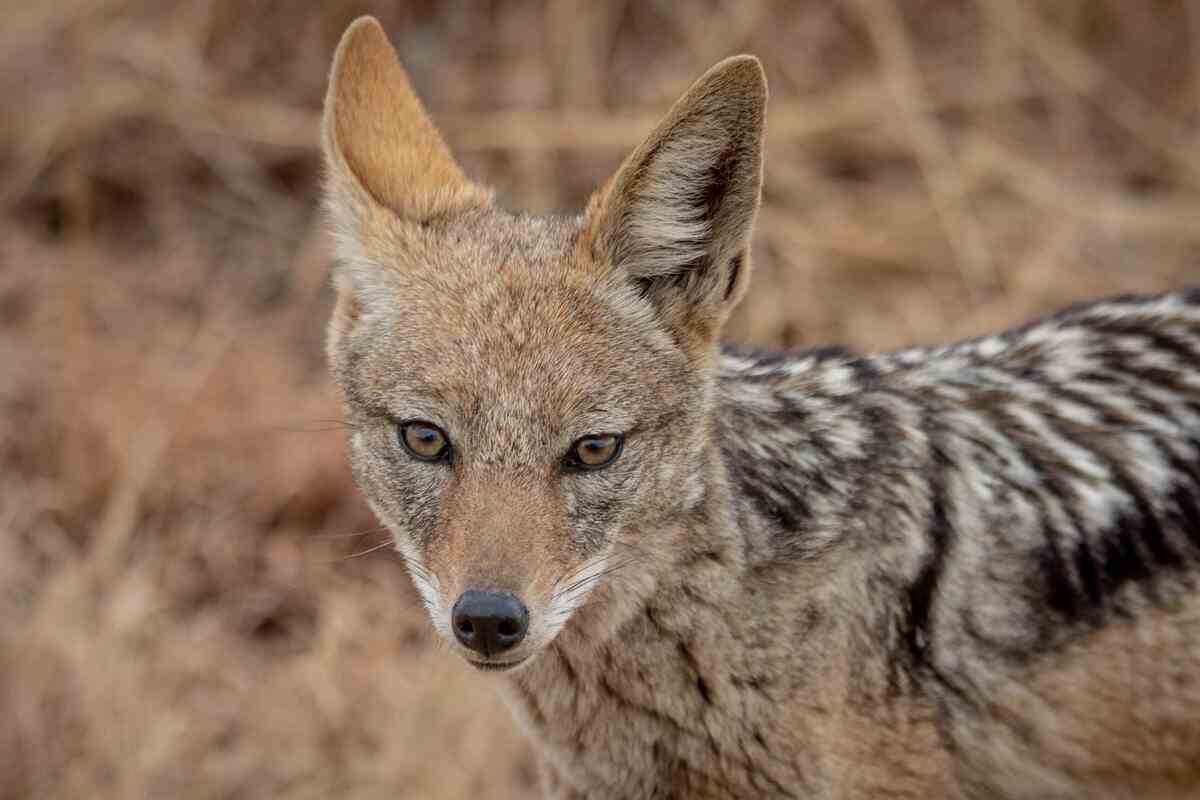 Coyotes are among the most common Predators of Backyard Chicken. Just like Foxes they can kill an entire coup.

Coyotes can attack both in the day and at night. They can easily dig the ground into your Poultry farm.

How to Prevent coyotes

The best way to prevent coyotes is to build or site your Poultry farm in an environment free of Coyotes. Also, make the foundation of your fence to be laid deep into the ground.

Raccoons as chicken predators are one of the deadliest predators of chicken with the tendency to wreak havoc on your poultry farm.

Raccoons attack mostly at night Killing all your Chickens without you hearing any noise. That is the exact time your backyard chickens are vulnerable.

How to Prevent Raccoons 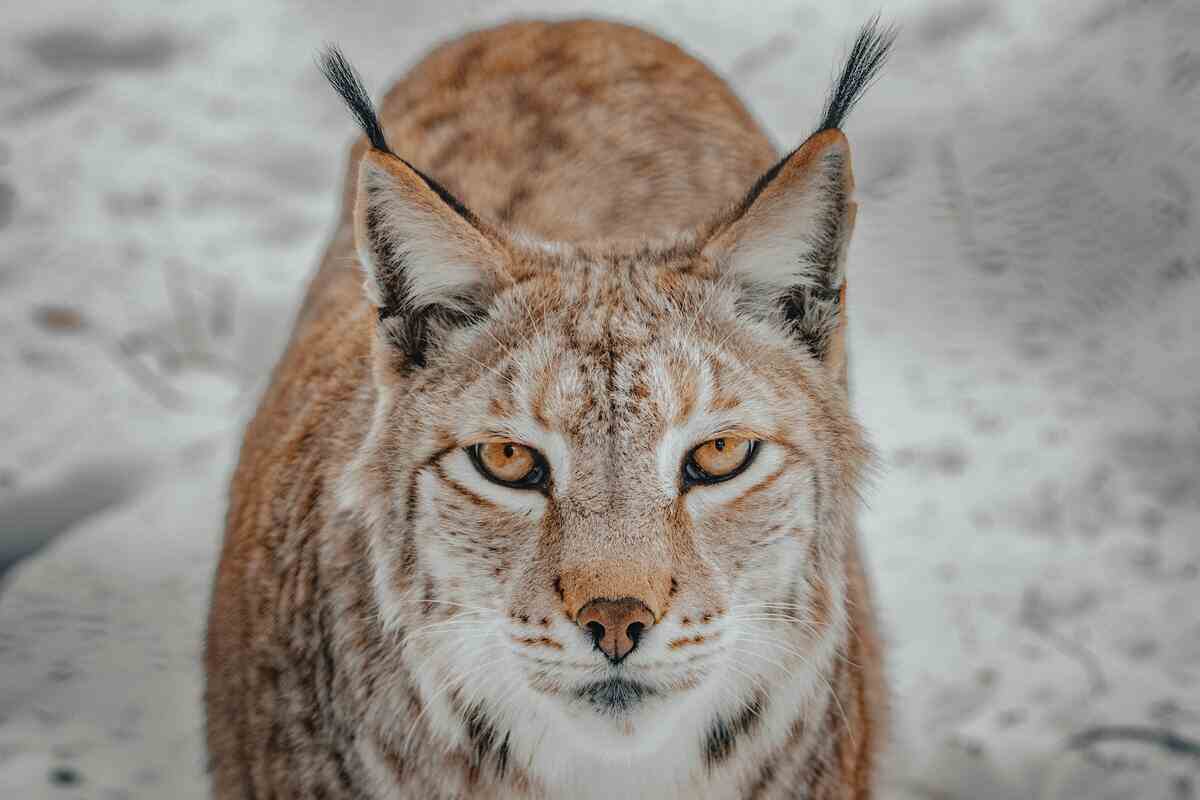 Bobcats are as deadly as normal cats to chickens. They are not really primary predators but kills and eats chicken

Bobcats are fond of attacking only at night, Killing and taking a few chickens from your poultry farm.

How to Prevent Bobcats

The best way to prevent bobcats is to build a large fence that will be too high for it to climb and enter your Poultry farm. 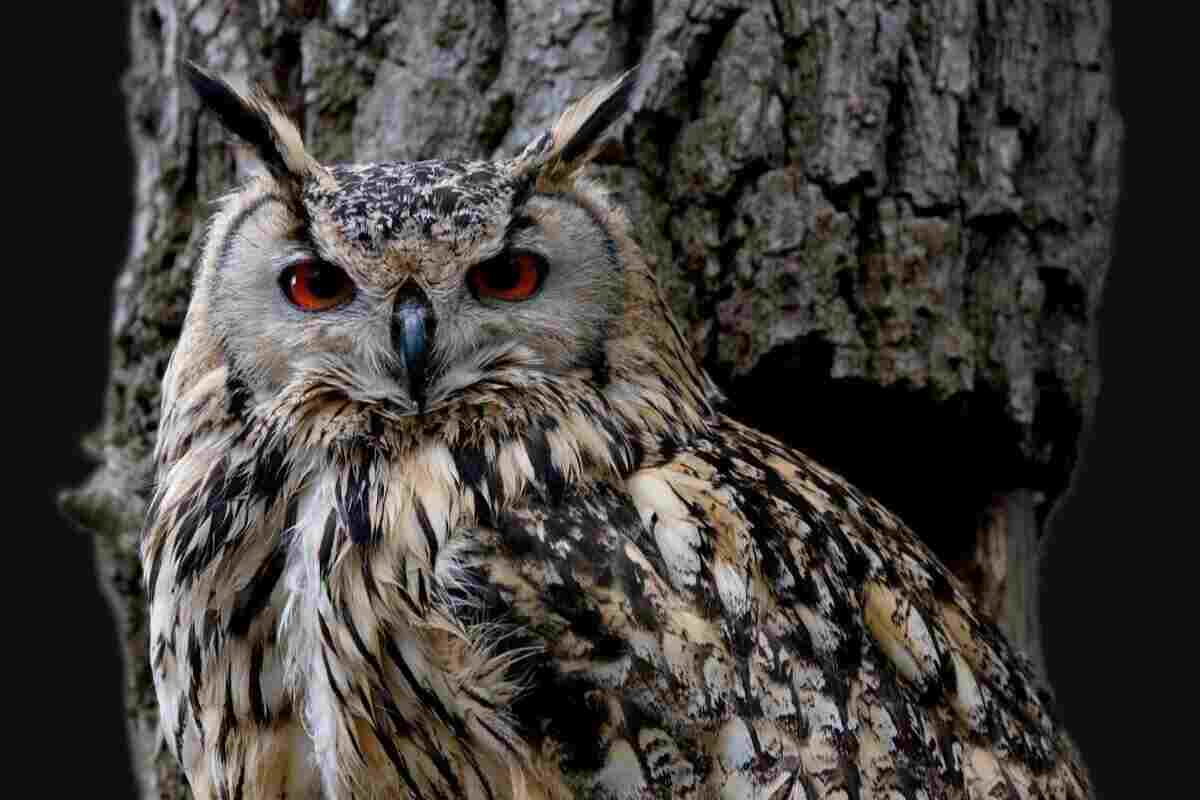 Owls are among the birds that kill and feed on Poultry birds, especially chicks.

Owls snap the neck of a chicken, especially chicks like scissors, and feed on it, leaving off the feathers. Owls attack both at night and during the day

How to Prevent Owls

Owls are smart birds that study the Poultry farm and attack when no one is around. The best way to prevent owls is to make a scarecrow. 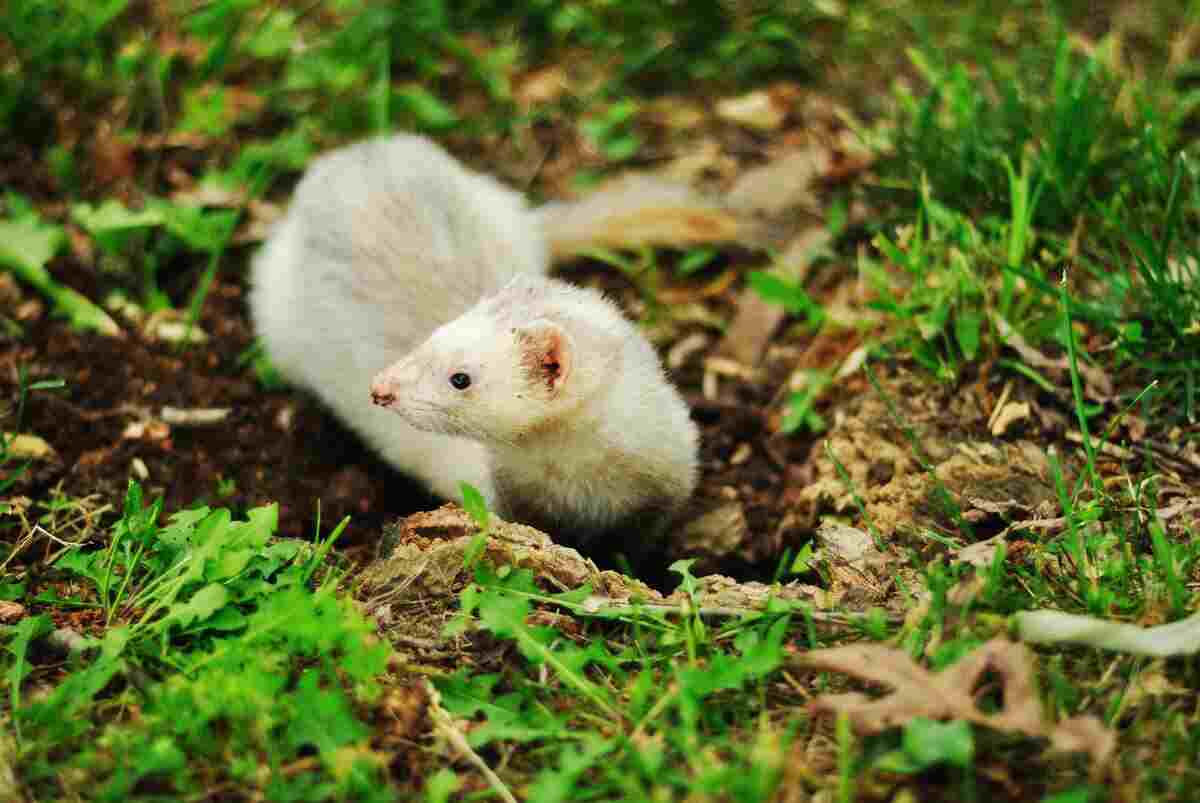 These are farm pests that delight in killing chickens. They may or may not eat the chicken after killing it.

Weasels attack chickens by biting their backs and dragging them away. They also like to preserve so after eating, they take some and bury it for another time.

How to prevent weasels

The best way of preventing weasels is by crossing the poultry farm with nets weasels won't be able to get in. 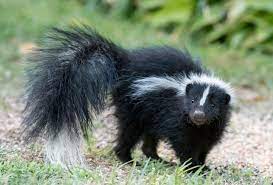 Skunks are part of the deadly chicken predators that kill both the chicken and eat eggs.

Skunks will lay low spying on your chicken and once it's away from others it will prey on it, tearing the throat and feeding on it. If it finds your chicken eggs, it will crack the eggs and drink the eggs.

How to Prevent skunks

The best way to prevent skunks from attacking is to build a noisy scarecrow. The movie and limited movement of the scarecrow will make you feel like you are on a farm. 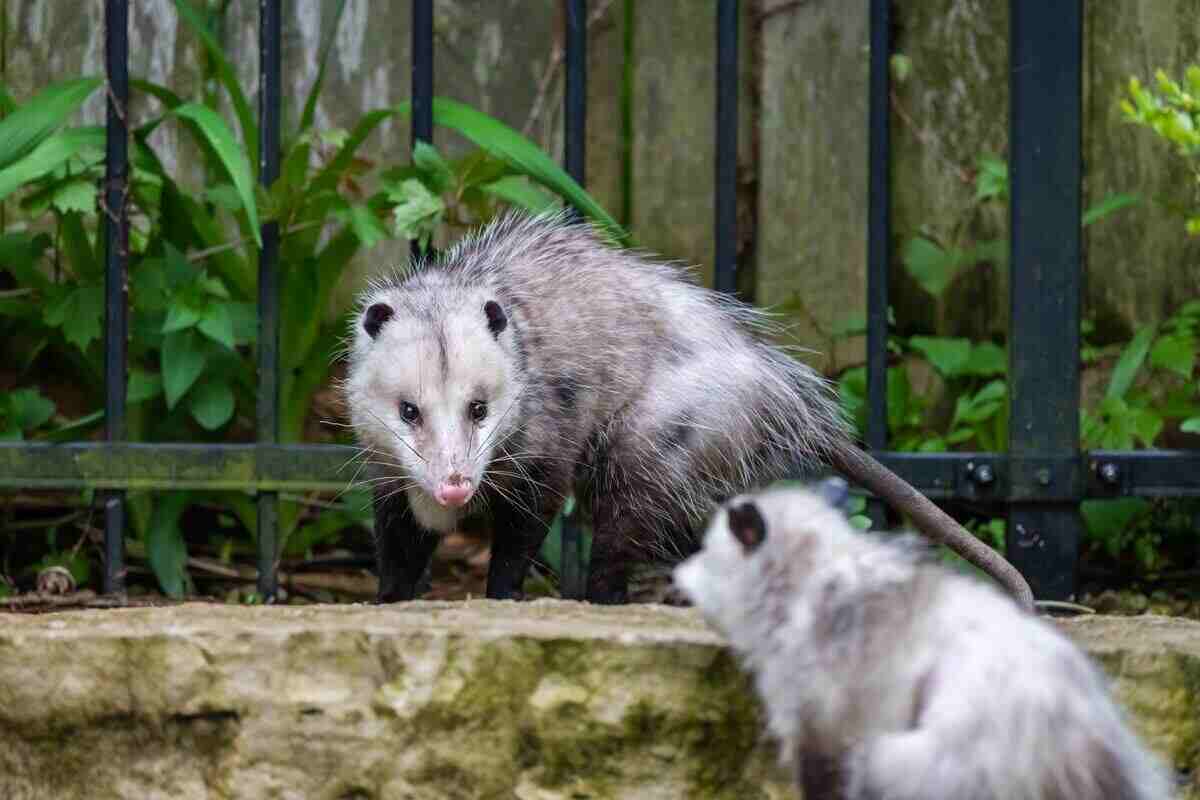 These creatures are scavengers that eat both the chicken and the eggs. Once they attack your poultry farm they eat whatever they can find.

Possum attacks the Poultry farm when there's no one there. It breaks the neck of the chicken and eats the crop and little fleshy part. If it finds just eggs, it will crack and drink the eggs.

How to Prevent Opossum

The best way to prevent this scavenger is to ensure your fence is big enough to prevent it from penetrating. 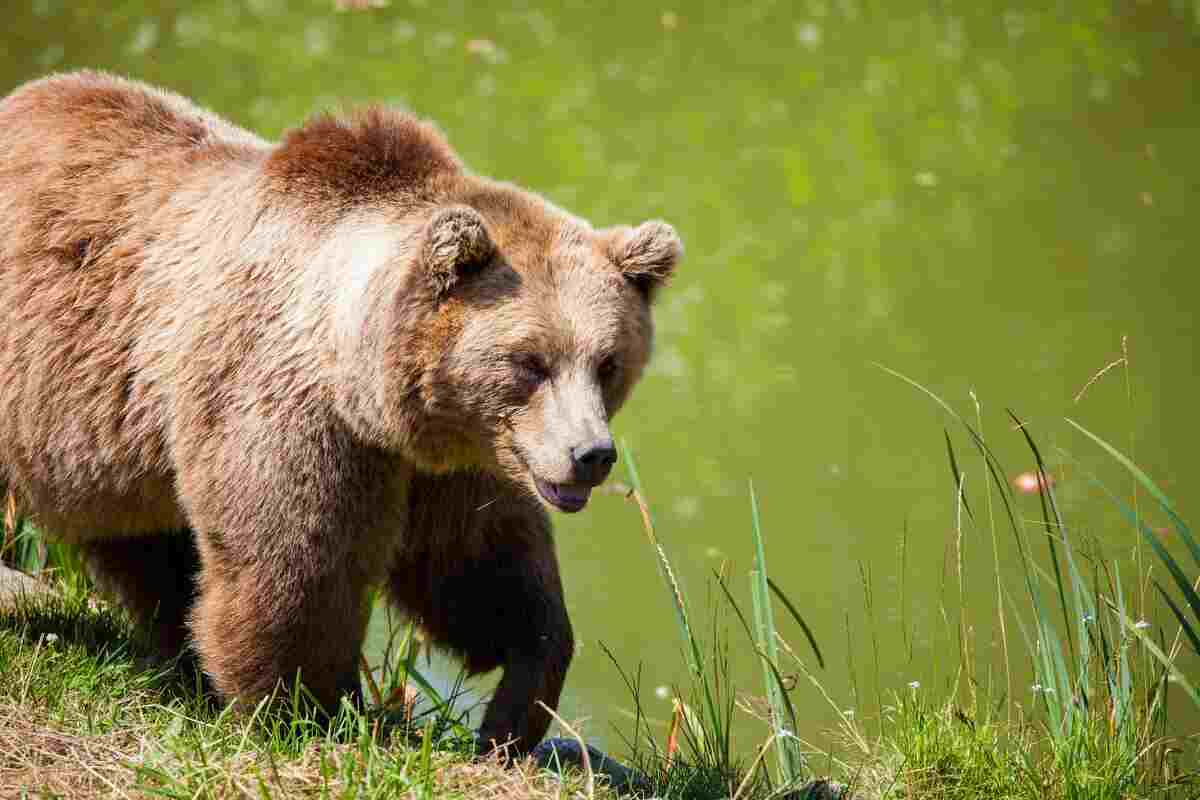 Bears are creatures that attack both chickens and men. Once they happen to enter your Poultry farm, they will destroy everything there.

These creatures most Times break down the fence hindering them from entering the Poultry farm. After breaking it down, they eat almost all the living chickens in your Poultry farm.

How to Prevent Bears

The best way to prevent these creatures is to create a fence that is big and difficult to break down. 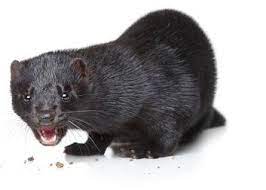 This is another known bird backyard chicken predator noted with the ability to kill an entire chicken within minutes without eating much.

How to Prevent Mink

Keep all dirt away from the Poultry farm and try to trim down all the bushes close to your Poultry. Then protect the chicken at night by keeping it in a place covered with nets mink can't access. 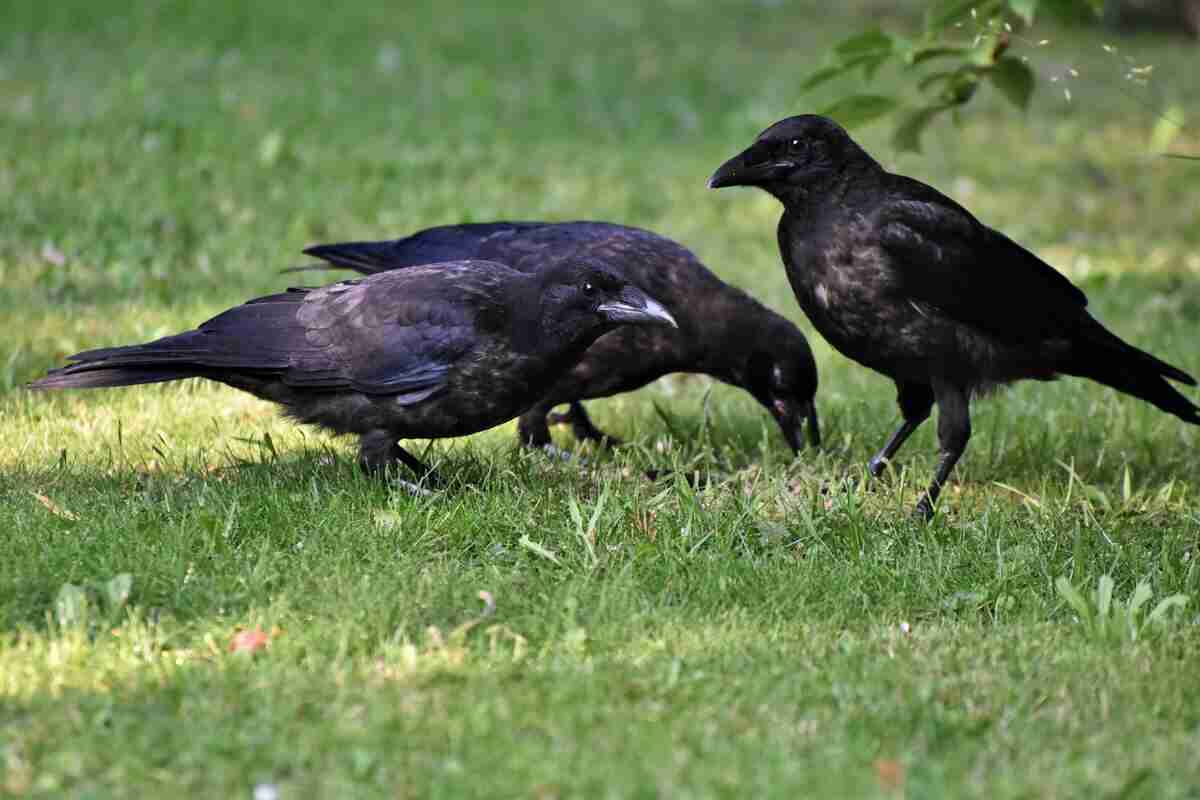 These are other bird backyard chicken predators that mostly feed on eggs and chickens - especially the chicks.

Crows are swift just like the hawk but do not Attack an entire chicken coup. What they do is steal either an egg or a chick. If they can't find any, they'll steal a full chicken.

How to Prevent crows

The best way to prevent these crows is to ensure you have a scarecrow that makes noise. Crows won't attack the poultry if it feels there's a human present and the noisy scarecrow will make it feel that way. 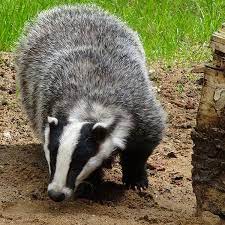 These creatures are more dangerous than the crows. They are ready to chase one chicken, rip an entire Poultry for one chicken and eat just one chicken.

Once they find a free bird, they chase the chicken and try to eat it. If the chicken is fast they will continue chasing, destroying whatever obstructs them till they finally kill the chicken.

How to Prevent Badgers

The best way to prevent these predators is to cite your Poultry farm in an environment that is completely free of badgers. 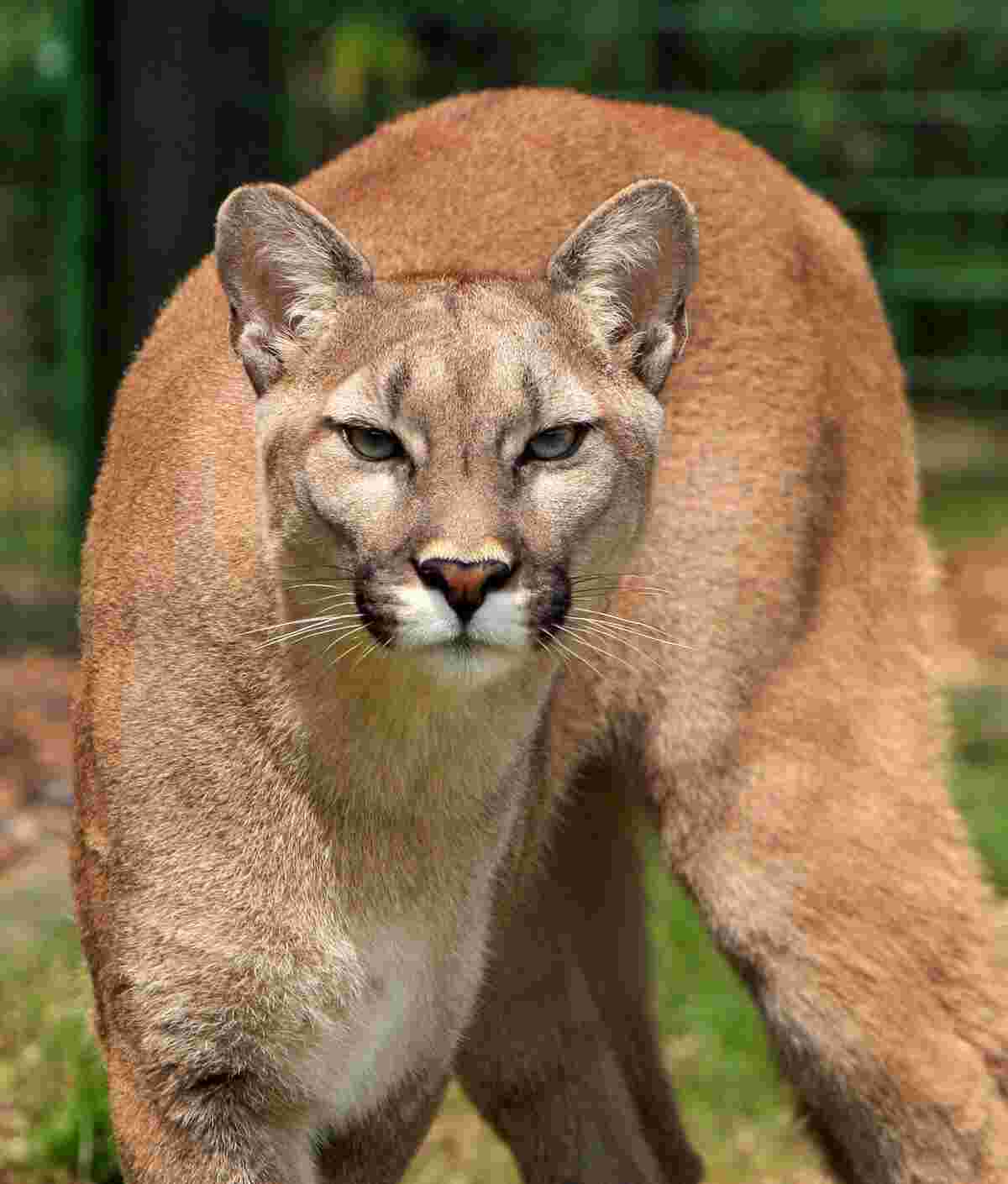 These sets of predators are rare to find and it's rare to get any news stating that mountain lions destroyed an entire chicken coop, still, they are Predators.

These predators are scared of humans so what they do is chase and kill any free chicken. At times they invade poultry when there's no human there.

How to Prevent Mountain Lions

The best way to prevent these backyard chicken predators is to make available a scarecrow that makes noise. 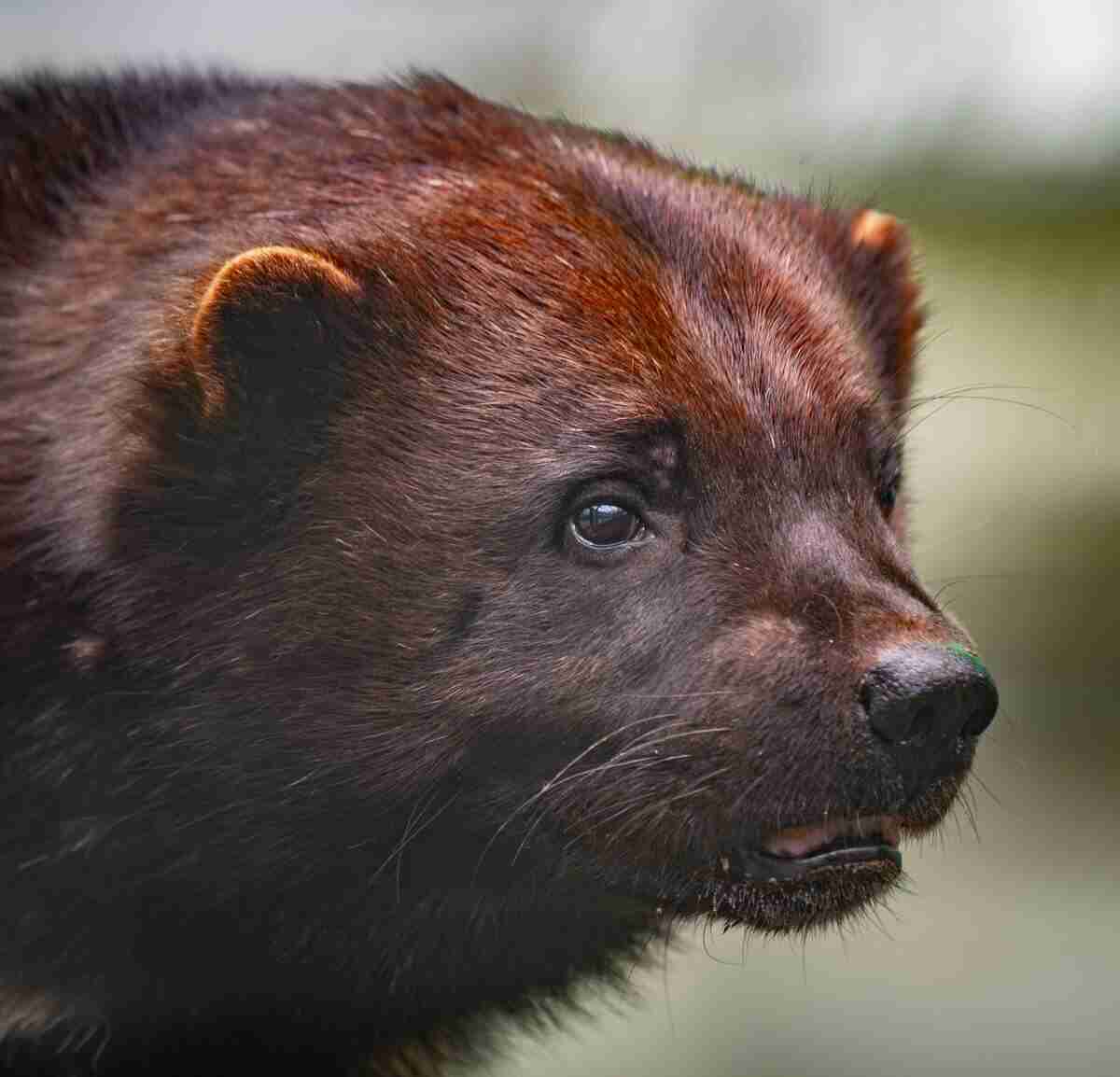 These predators are just like mountain lions. They only feed on free or stray chickens they happen to come across.

Once they find any stray Chicken even though it's close to the Poultry farm they pounce on it ripping off its head then feed on the fleshy part leaving off the feathers.

How to Prevent Wolverines

The best way to prevent these predators is to limit the movement of your chicken within an environment protected with a fence.

These predators are just the aforementioned two. They fed only on stray or Free chicken they happen to come across.

They stay put when they find a stray chicken and immediately pounce on it eating off part of the fleshy side.

How to Prevent Fisher's and Mater's

The best way to prevent these predators is to build a large fence around your backyard Poultry.

Noticeable signs that your poultry bird is under attack

Once you find your birds running without specific directions, it means they are running from a predator.

The quacking sound from your poultry birds while running is a cry for help. Once you find such a situation, as a Poultry farmer please look for exactly the predator chasing your birds.